“Generally, a curator is a content specialist who is responsible for a broad range of tasks, from collecting and researching for the artworks in the museum, or organizing exhibitions by using their specialized knowledge. It has almost the same meaning as the word gakugeiin in Japanese.”

Although we can see the meaning of what a curator is by using the dictionary, we do not fully understand what sort of person they actually are.
In this article, we interviewed Mr.Nanjo, who is a curator and also the director of Mori Museum. He spoke in a low and forceful voice, and chose his words carefully, which told us how much he was experienced in talking with other people. This interview was done from a student perspective, and looked at Mr.Nanjo both as a curator and a director. 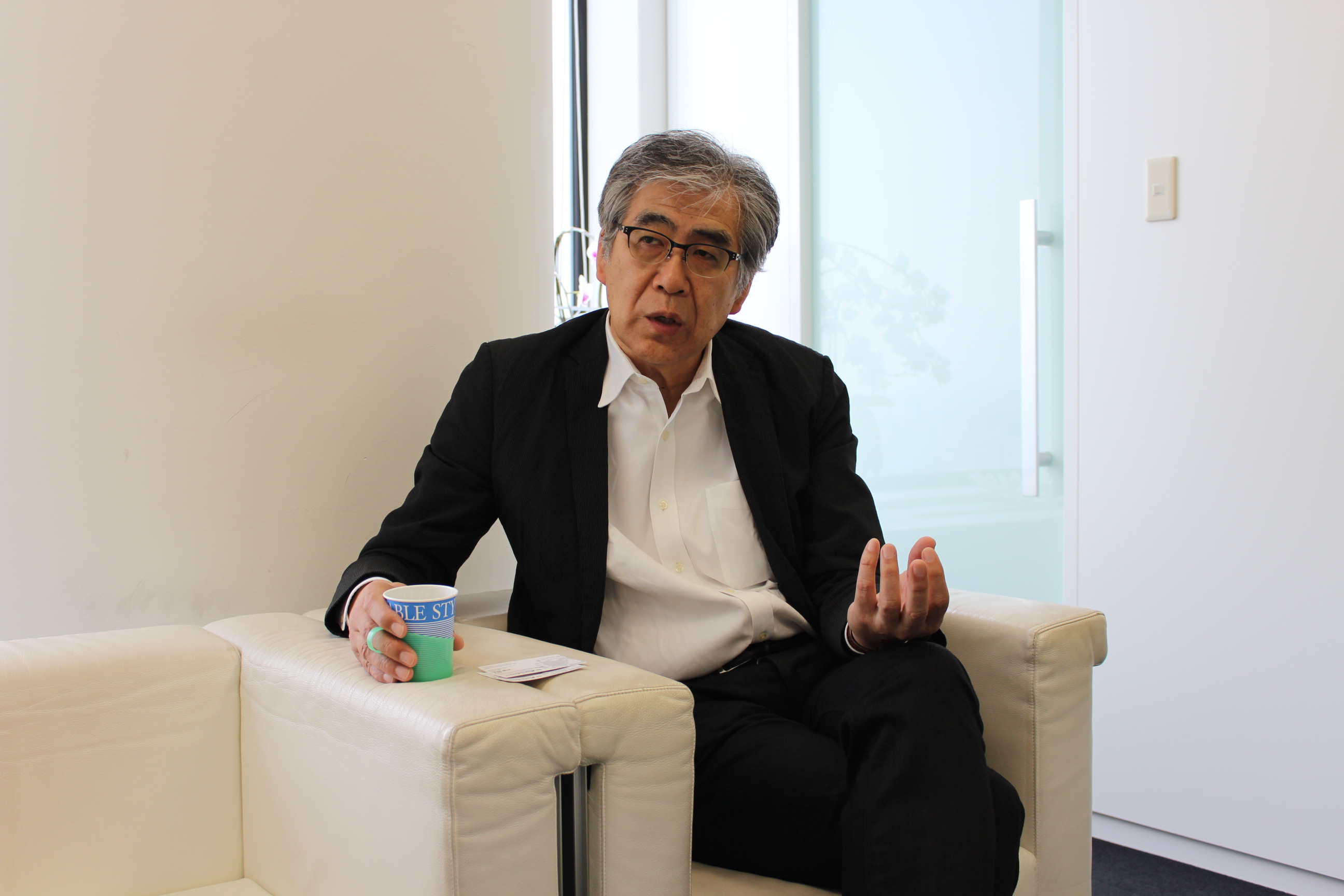 Mr.Nanjo has a rather unique background. After he graduated from the faculty of economics at Keio University, he became a banker. However, he quickly felt uncomfortable with the job, and decided to quit. He chose to re-educate himself with art and entered the faculty of literature, department of philosophy and history of art at Keio University. During his years as a student, he studied abroad in Canada for two year as an exchange student.

“I did not know what kind of job I would be getting in the world of art, but I was sure that I would be able to obtain the basic knowledge if I studied for a further two years.” He said while remembering the past.

But he was worried if he would be able to get a job in the world of art.

The interviewer of the entrance exam warned him that it would be no use, that he would not be able to get a decent job even if he studied art at the institution.

But it turned out that the interviewer’s prediction was wrong because around that time art museums became very popular in Japan. Many of his classmates were able to become curators.

“I did not mind too much about his warning and I did find out that what he said was not true,” Mr.Nanjo told us, laughing at the memory.

During his study in Canada, he knew that he wanted a job that had a relationship with art, but didn’t specifically know what he wanted to do. “Although people now use the word curator very often, back then I even didn’t know what it meant,” he said.

He didn’t have a specific job in mind, but he knew what kind of life style he wanted to have. For Mr.Nanjo, writing for a living was his ideal life style.

After he came back from Canada, he started a part time job as a journalist for a travel magazine. After that, he wrote article evaluating art exhibitions for a magazine called “Bijututecho” or “art notebook”. He also wrote catalogs and expository text for art museums. From his experience as a journalist for the travel magazine, he was able to improve his writing skills, which helped him greatly when he wrote for the art magazine and art museums later on.

Survival skills he obtained through his study in Canada

Through his study in Canada, he came to realize a particular skill that would play an important role in his life.

“You have to survive when you leave university. How to gain survivability is important in any job.”

If you jump into an unfamiliar society, especially out of Japan, people will not recognize who you are just by telling them that you are a student from Keio University. Therefore, the only identity that you have is that you are Japanese. This ability to survive could be obtained by putting oneself in many different situations.

“You have to tell them why you came, what you like, and what kind of a mission you have for the future. Telling this is very important. If you can fully explain these to others, you will be able to survive in any kind of career”.

Personality as a museum director

Mr.Nanjo became a museum director in November 2006. From then on he has worked as a curator and as a director. As the “face” of the museum he deals with any tasks that are related with the museum.

“I have tasks that is somewhat close to socializing. Also I have practical ones such as preparing exhibitions as an expert, managing the finance of the museum, and handling the press”.

When the French President came to Japan Mr.Nanjo showed him around the gallery, he raises fund, make exhibitions, and does everything to run a museum. If time allows, he would also meet and talk with young artists. 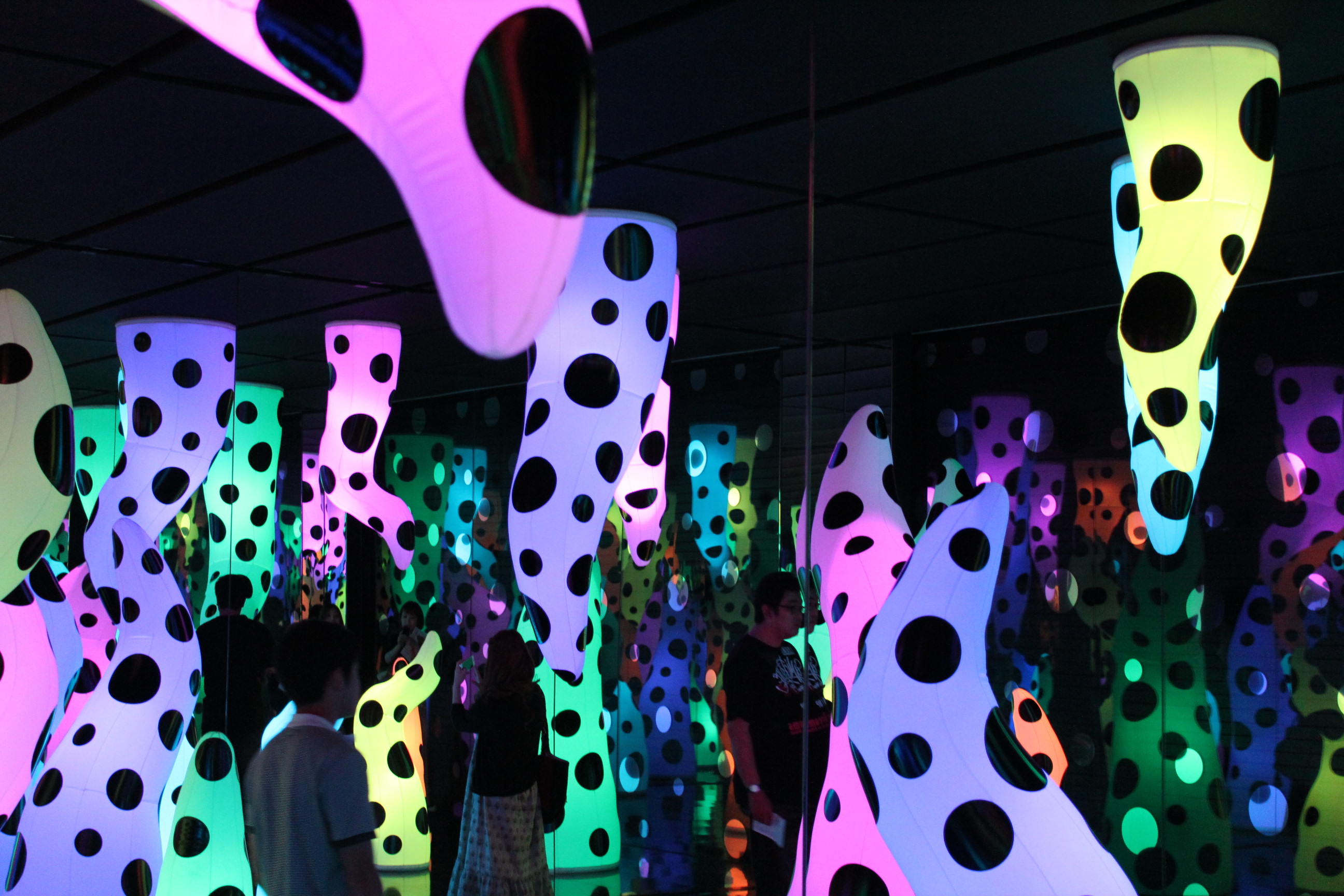 Roppongi Hills and Mori Art Museum 10th Anniversary Exhibition
All You Need Is LOVE: From Chagall to Kusama and Hatsune Miku
(Kusama Yayoi “Love is Calling”)

Directors have the responsibility as the representative of the museum. Because of this, he sometimes has to face critics. The ability to survive comes in handy in a situation like this. When he got criticism from a feminist group about some exhibits by Aida Makoto, he did not hesitate to counter-argue with the members of the group.

“I have argued and debated with many people ever since I was young. So I didn’t think I would lose if I talked with them either. That is why I was able to meet them without fear”.

He also pointed out that in a situation like that, another important factor is to consider the risks.

“I have to think about the risk that could happen if I fail. They could post my words in their blogs and their Internet site. I would have to decide if I could be able to control the situation should this kind of risk happen.”

“This is not coming from my practical experience with the museum, but it comes from my personal experiences, and how I used it to foresee ahead, ” he added.

Working as a curator and a director

“I think curating is interesting, but I try not to interfere when other staff are curating.”

He says that since curating requires an individual vision, he himself cannot meddle with it. Therefore he confines his comment to the minimum. But he also pointed out that he would curate most of the original projects he has come up with.

In the exhibition called “All You Need Is Love” which celebrated the 10th anniversary of Mori Art Museum, he joined in as one of the curators.

How worthwhile curating and directing is

We asked Mr. Nanjo, which he thinks is worth doing between the two.

“For curating, I feel pleased when the exhibition that I organized, or the artists I chose were appreciated. So when a young artist became well known after I had introduced him/her at a exhibition, I feel proud,” he said.

For directing, he answered after a little pause.

“I think it is ideal when the museum is active and can get empathy from the people outside. I do get criticism about an exhibition, while at the same time I also get praises. I suppose criticism is a form of appreciation.” 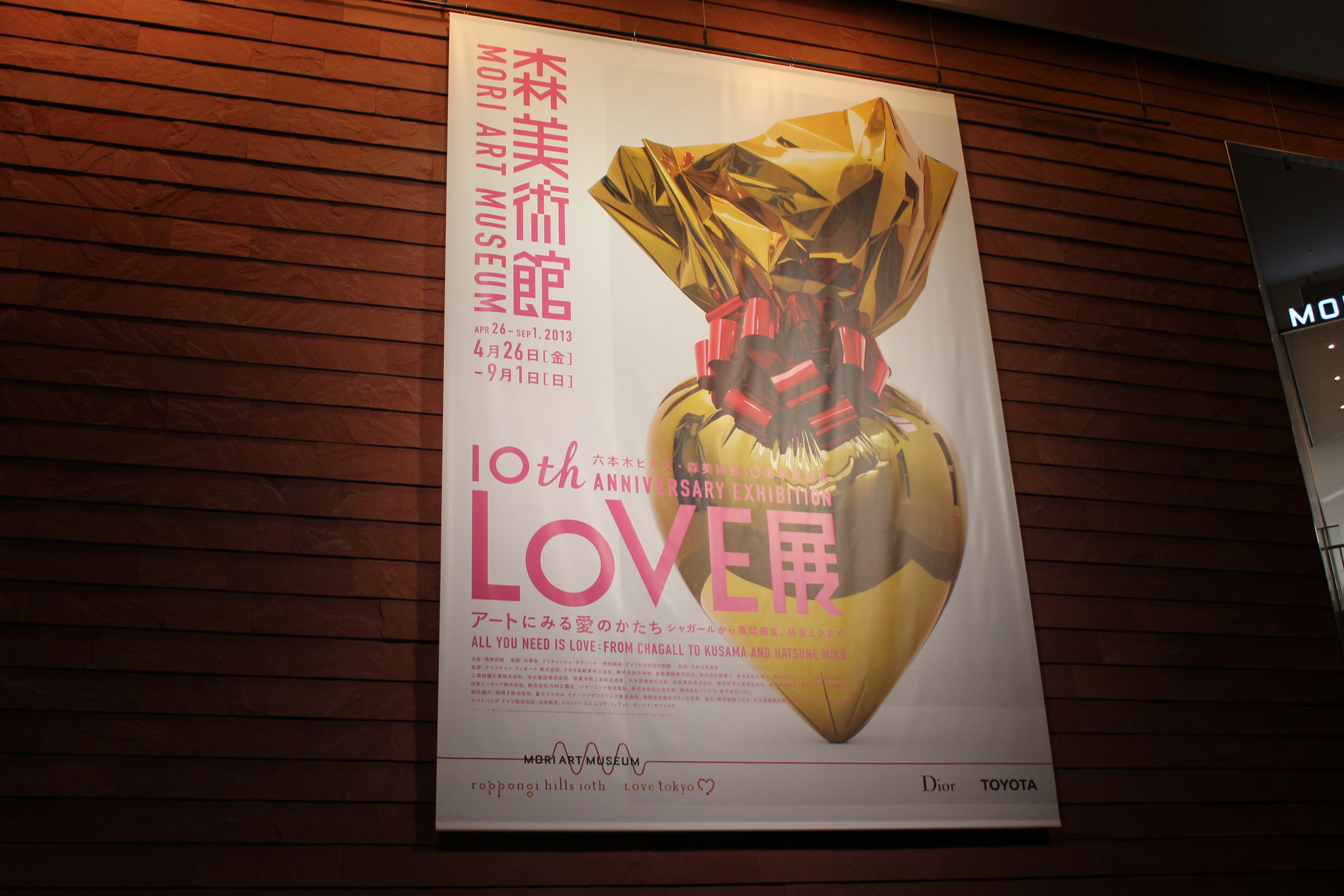 Since the background of an exhibition, the intention of the creator, and the people who are involved are constantly different, so each exhibition is different from the one before. He confronts new challenges every time, which always leaves room for improvement and possibility in the job. Therefore there is no definite goal.

He concluded, “This is probably why I will not grow old (as for the mind). I will always need to be as creative as I can be for this job.”

Working as a curator and a museum director is not something every student is familiar with. At first my goal was to introduce these two jobs so that more students would be able to know. But through the interview, I learned that no matter what kind of career you chose, the right attitude that you should have is the same. Even if you are a student who is not planning to work in the world of art, I think there is something you can learn from this article. This interview gave me the courage to choose the career that I would be able to enjoy the most. Nanjo sama and Miyahara sama from the Mori Art Museum, thank you very much for giving me such a great opportunity.
Shota Saito
Postscript Japanese version