Essence of “Japanese Tattoo” is Sacrifice

Essence of “Japanese Tattoo” is Sacrifice

One person has a big dragon tattoo cavring his body from his back to the tiptoe. Another has a beautiful carp on his arm. Tattoo is popular in western countries. Unlike western tattoo, Japanese traditional tattoo “Irezumi” is not popular because many regard it as a symbol of “Yakuza” (Japanese gangstrers).

“The beauty of “Irezumi” is the Iki . (smart and stylish in Japanese).” 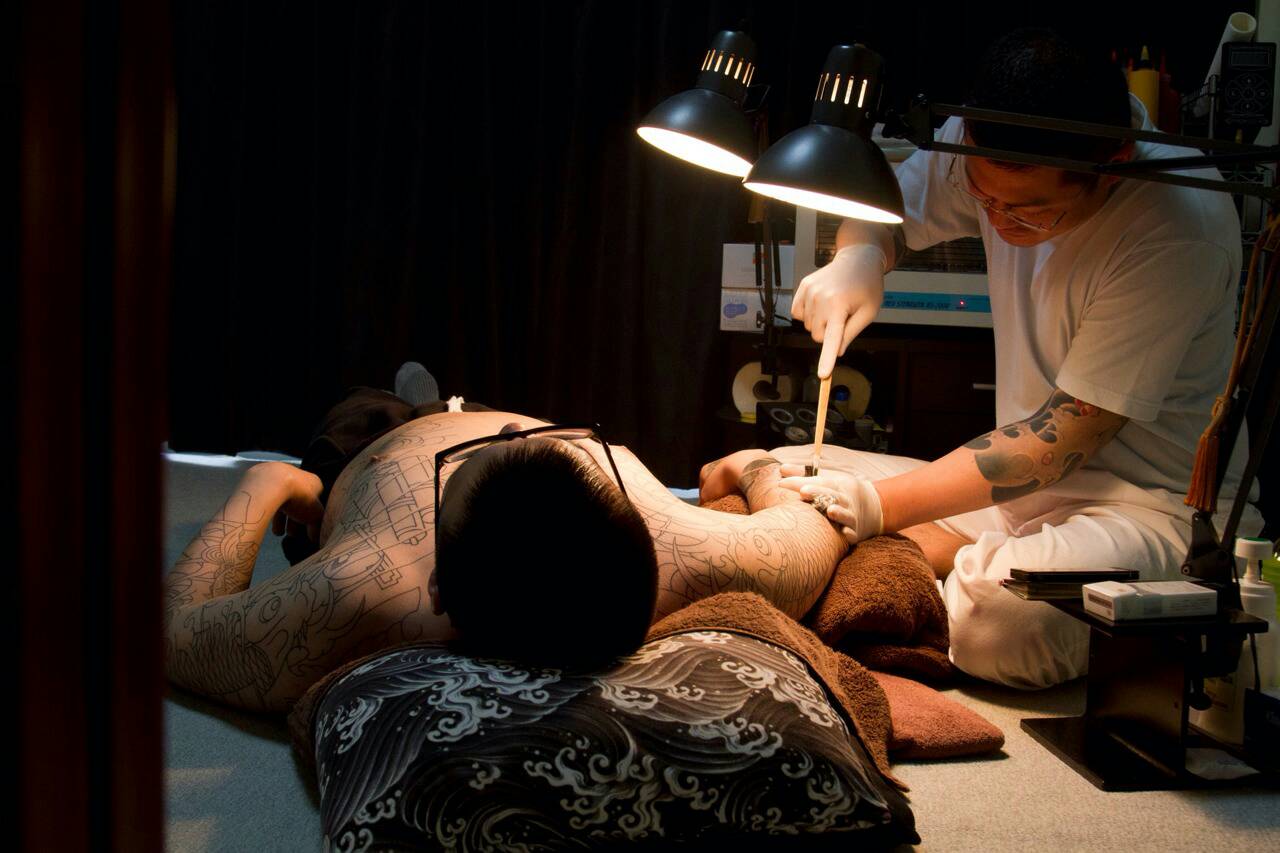 At his studio, Horiyu works in Japanese-style-room where he asks a customer to lie on a futon while he carves. In addition to skill for hands, Japanese tattoo artist must have a deep understanding of Japanese art as well as an aesthetic sense and indentity as a Japanese artist.

Horiyu became an aprentist to the Irezumi master. First of all, disciples carve a tattoo on their own thighs by themselves. To bear the pain is the first hurdle. Then they get more experience through carving on each other or their friends. The training is so severe that more than half of pupils drop out it on the way. When he finally finished the training and became a tattoo artist, he got his artist name, Horiyu, and opened his own studio. 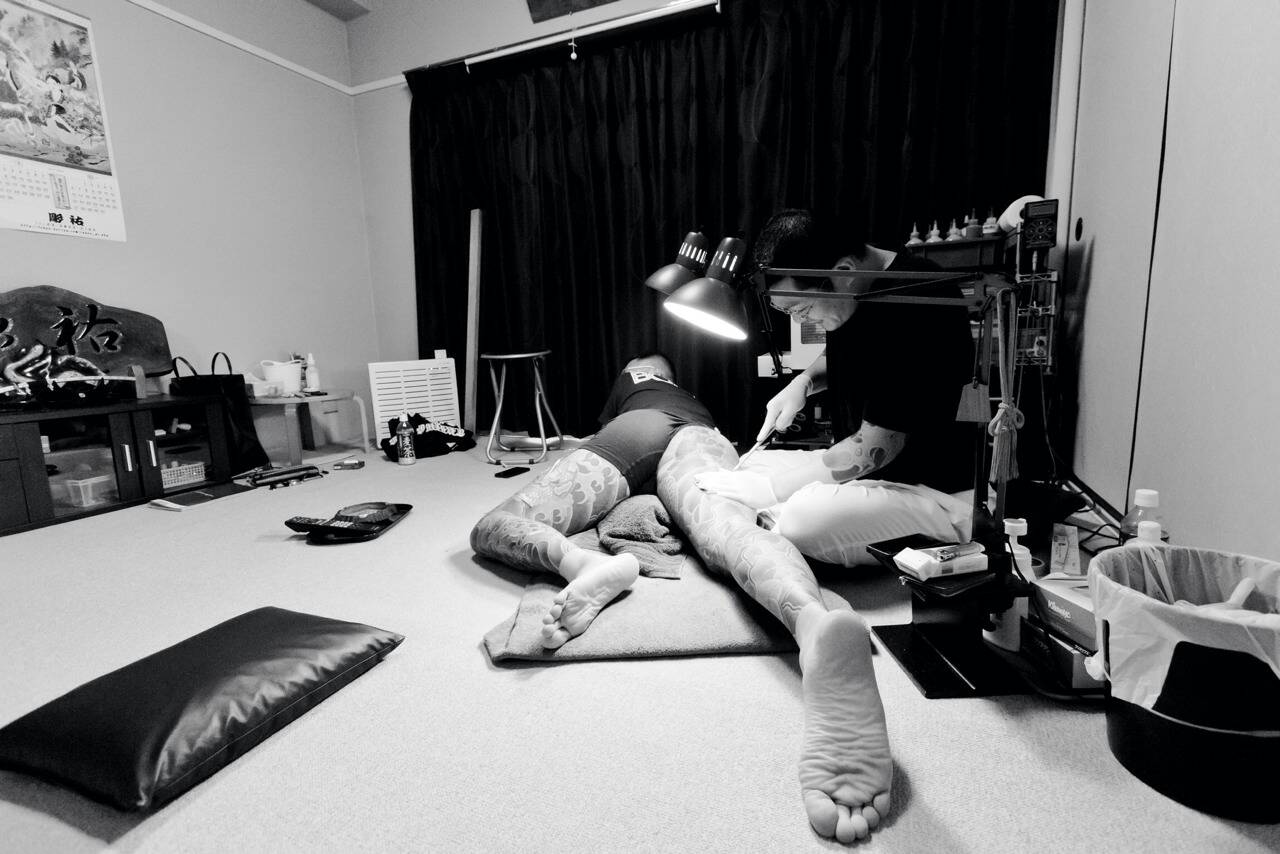 “I have encountered various people and they told me their secret. I get to know them well and understand their way of life.” He said，asked the good thing about being a tattoo artist for him.

While westan tattoo is carved by machine today, Japanese-tattoo is hand-carved. That is why Japanese tattoo is expensive and takes more time, but gives a special feeling that only hand-carved creates.

“You have to invest your time and money. It is painful. So “Irezumi” can be your life time treasure and you can feel “ Iki” ”

In “Irezumi”, a number of colors is limited, while marchine can handle many color. However, he said he likes it that way because having limit makes his job challenging.

“Irezumi” is a culture Japanese should be proud of.

In front of shop door, I was very nervous because I didn’t know how tattoo artists is. In addition, this was my first interview. The door was opened. The man had good atmosphere and looks so kind. He is tattoo artist, HORIYU. We mainly talked about japanese tattoo and his career as tattoo artist. It was very interesting stories. Especially, I was interested in the his workroom. It is japanese style room and very clean. I had good and fun time.

What do you think about Irezumi ? Many people may regard it as something fearful.If you read this article, you will notice that Irezumi has a lot of charm.I got a precious experience through making this article. I’d like to make good use of this experience next time.