The British National Team is coming to Keio University in 2020.

The athletes of thirteen events (archery, fencing, modern pentathlon, badminton, gymnastics, table tennis, basketball, judo, taekwondo, boxing, karate, weightlifting, and hockey) are going to train and prepare for the Olympic Games at Hyoshi Commemorative Hall, Athletics Fields and Mamushidani Gymnasium in the Hiyoshi campus of Keio University. Our English newspaper club went to interview the coordinator and some of the members of the Keio 2020 project, which engages in accommodating the British National Team.

“The BOA (British Olympic Association) seemed to have a willingness to collaborate with a university,” said Mr. Takayuki Inami, an assistant professor of the Keio University Institute of Physical Education.

Why did the BOA choose Keio University as the place for their training camp?

In addition to the fact that Hiyoshi is easily accessible from the center of Tokyo, Usain Bolt’s comment after he won three gold medals in the 2012 London Olympic Games can also be attributed; the sportsman had commented, “I’d like to say all the big up to Birmingham, the University. That’s where we trained, they really supported us. Thank you guys for everything you have done for me, really. Thank you.” The world’s fastest man had taken the time out to personally thank the university; one can imagine how superb the support by the University of Birmingham must have been. Bolt’s comment is indeed often mentioned among those who are associated with the Olympics. 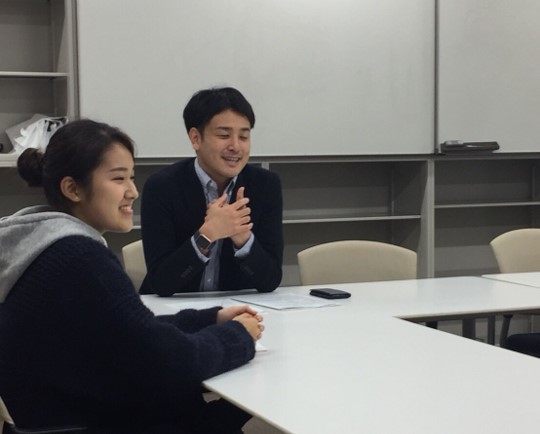 In this photo Mr. Inami is talking with Naomi Oorui, the student representative of Keio 2020 project, showing that he has a good relationship with students. (19th of October, at a meeting room of Institute of Physical Education)

In order to meet the expectations of the BOA, the Keio 2020 project has already started on their agenda. Members are currently taking manner lessons and conducting study workshops about the Olympic Games and volunteering. Although Mr. Inami is in charge of the official exchanges, students are self-directing the project, and he expects them to propose various kinds of creative ideas. It is a task that is perfectly fit to students of Keio University, he says, who value both the academic and athletic fields.

It is not only students but also alumni who are supporting the Keio 2020 project. “Mr. Inami asked me to support the junior members of the project from an adult’s standpoint,” said Mr. Yusei Kawano, a third-year business and commerce major at Keio University. Mr. Kawano will graduate in 2019, so by the time the Olympics are held, he will no longer be a student member of Keio 2020 project. However, he says he would like to remain as a backseat player even after he graduates, as there will no doubt be support that is necessary from working adults.

It is predicted that many people will visit Hiyoshi to see the British Olympians training, which will help make Hiyoshi become more animated and also encourage interaction with local people. “I want everybody concerned with the project to become happy through the acceptance of hosting the British National Team,” Mr. Inami concluded. 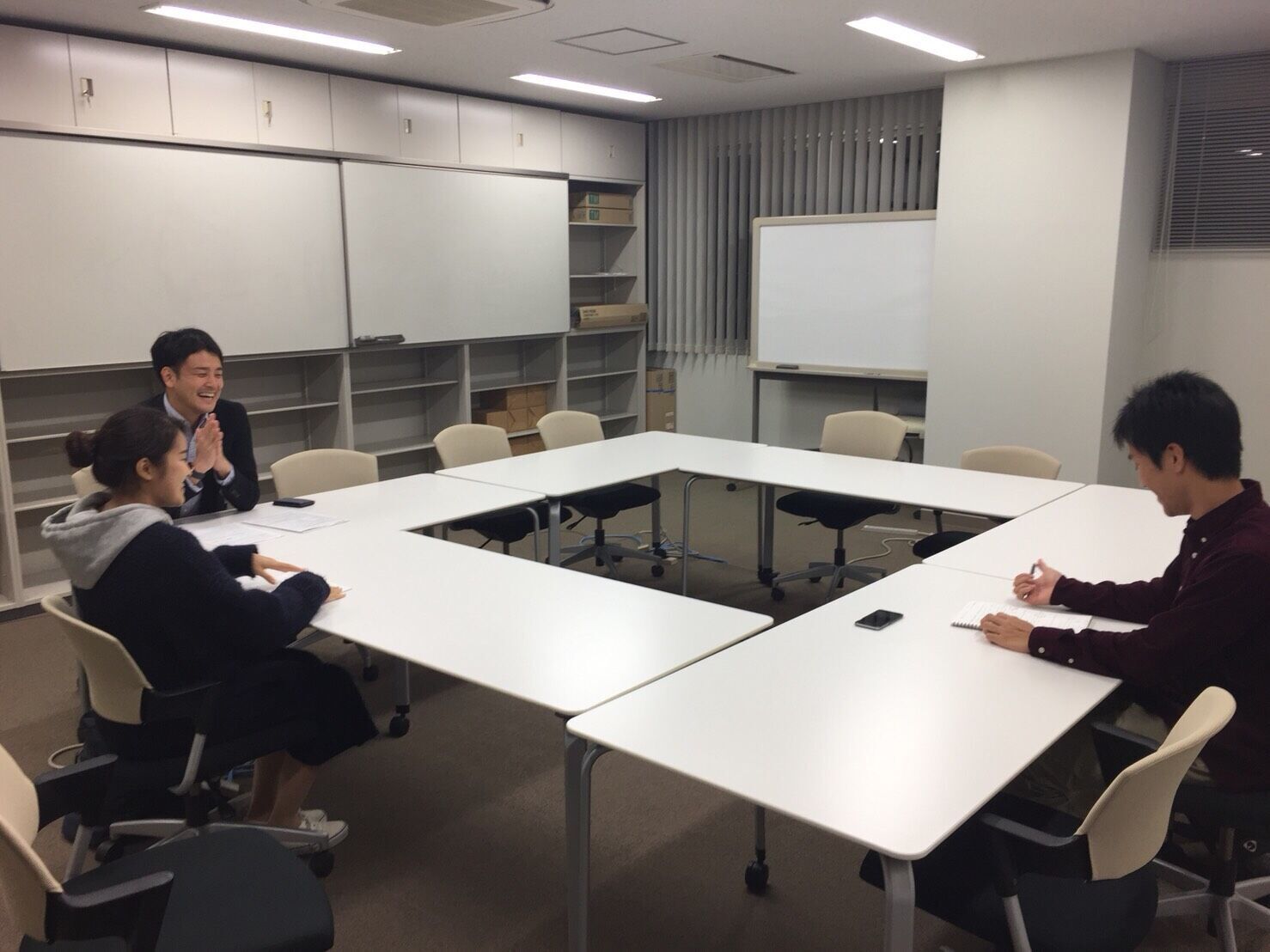 Interview with Mr. Takayuki Inami, the coordinator, and Naomi Oorui, the student representative of Keio 2020 project