When it comes to marijuana in Japan, the drug tends to be associated with crime or the underground world. In fact, marijuana possession and abuse are strictly forbidden in Japan today since the Diet enacted the Cannabis Control Law in accordance with the GHQ. From then on, many people have seen it as a taboo subject.

Looking at the highly developed nations in the world, however, we can catch a glimpse at a different perspective: Marijuana is legalized in most countries, especially for the purpose of medication. The G7 countries have already withdrawn the ban on marijuana except for Canada and some states in America, and in fact, Canada will give sanction to the use of cannabis next year. Why do these countries endorse this herb? The reason behind this is that recognized institutions such as the WHO (World Health Organization) and IOM (Institute of Medicine) have reported the clinical safety and versatility of medical cannabis.

“Japan is no longer a developed country in terms of medicine,”said Koichi Maeda,the director of an NPO called Japan Medical Marijuana Association. Marijuana is regarded as a kind of medicine to some extent, but still, some medical personnel have an aversion to it. He says that these people are “obsessed with social norms ”, whichproclaim that marijuana is “evil”. On account of this prejudice, it’s difficult for Japan to even reach the stage where we can discuss this matter in a rational way. That’s why Mr. Maeda claims that Japan is behind in medicine. 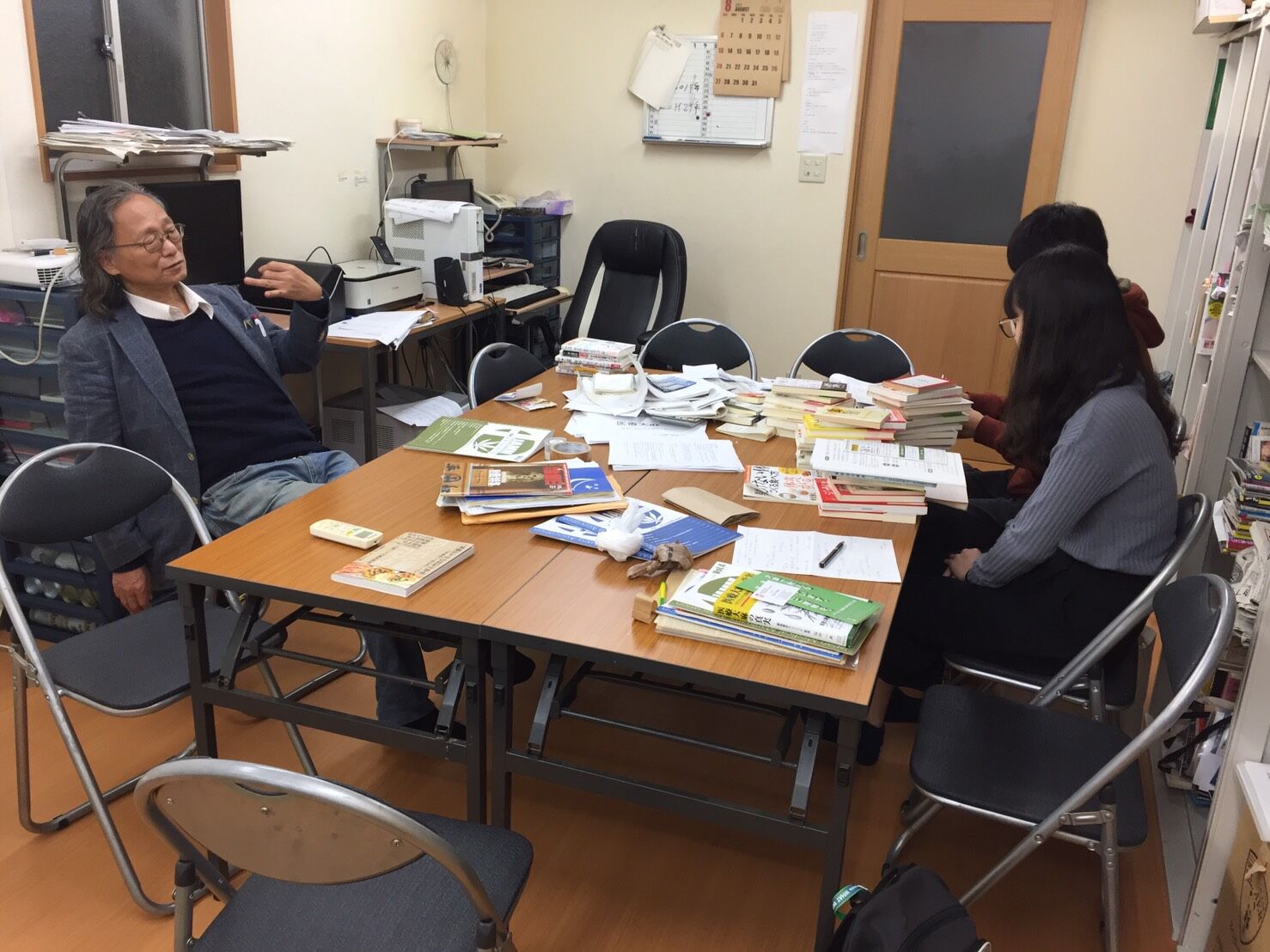 In this photo, Mr. Maeda explains the use of medical cannabis, at the office of Japan Medical Marijuana Association, in Setagaya (October 20, 2017)

If medical marijuana is legalized in Japan, some people may feel apprehensive about its leaking and spreading. According to Mr. Maeda, however, even if marijuana spreads, it’s not likely to raise the occurrences of dangerous incidents.

For example, alcohol paralyzes the cerebral cortex, which can cause people to become high and cause violent incidents. Morphine, which is used medically in Japan, has a high dependency rate. As a result, people can develop tolerance and increase theamount used, and those who use stimulants have an even higher tolerance.

In contrast, cannabis exerts its medical effect by binding to receptors present in cell membranes in the body, bringing a relaxing effect to the person using it, and there is no fear of violent behavior. Moreover, according to a bulletin which JMMA published, cannabis dependency levels are almost about that of caffeine, and there is no lethal dose or tolerance. Furthermore, the effect is remarkable for weight reduction, pain relief, improvement in anorexia, neurological disorders. Of course, we cannot say that it does us no harm at all. Sleep disturbances such as drowsiness may be an example. However, Mr. Maeda emphasized, “ it is common sense that chemicals are harmful. ”

Mr. Maeda wishes to inherit the desire of Mr. Yamamoto, who passed away in 2016 in the middle of a trial to fight for the legalization of medical cannabis. He is pleading that it is necessary to break through the resistance of Japanese pharmaceutical companies, bureaucrats, and politicians, and establish an institution including cannabis.Mr. Maeda believes that a time when cannabis is treated more positively will come. Lastly Mr. Maeda talked about cannabis like this: “A plant that is very involved in the structure of the world. Are not you impressed?”