“Made in Japan” Notebooks to the World

In Tokyo, foreigners often buy Japanese notebooks in stores as their souvenirs to take home, because of the quality of Japanese notebooks.  This article will focus on the notebooks that have been “made in Japan” under the craftsmanship, which have been passed on from one generation to another.

“The inheritance of a tradition is the key,” says Seiji Watanabe, a second generation director at Tsubame Note. Tsubame Note has won the Golden Design Award since its establishment in 1947 and they have not changed its design or its production methods since.  Tsubame Note uses paper which does not include any fluorescent dye and is friendly to the eyes.  Also in order to achieve a high level of smooth writing, they use aqueous ink to draw lines which avoids the paper from becoming rough.  They use a method called thread sewing, which sews the pieces of paper together before being folded in half to make a notebook. Shuhei Kakuhari who works for Life, a notebook company which applies the same thread sewing way, says “Three craftsmen can only produce 2000 notebooks a week and this is not the most efficient way to produce them. 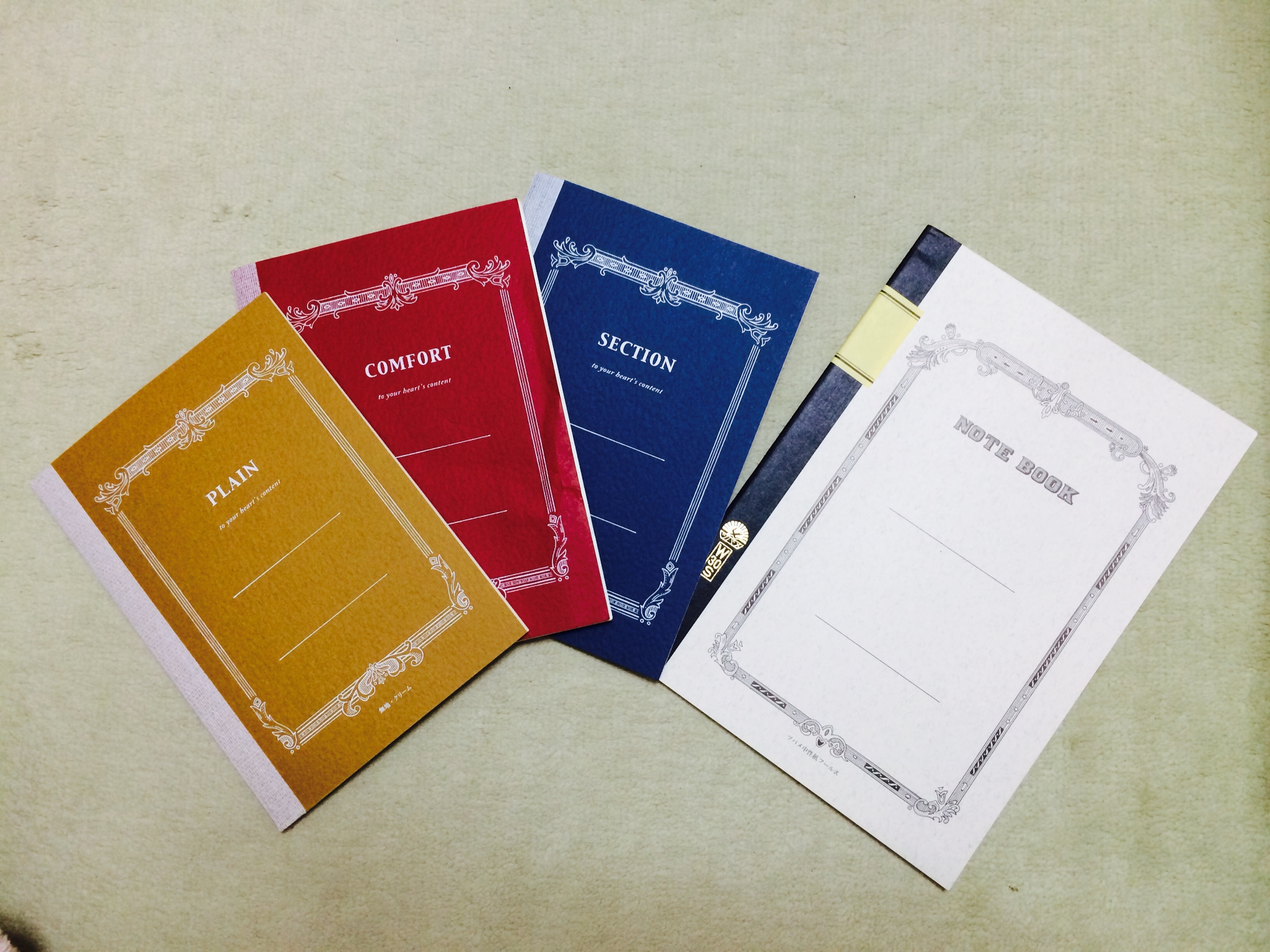 The elaborate notebooks made by the craftman in the Shitamachi area in Tokyo.

However, we will continue to make notebooks in this way, because we value the arts of our craftsmen.” Each notebook is a result of carefully sewed effort by skilled craftsmen and thread sewing makes it very difficult for the notebook to get frayed. However, the cost of this means there are fewer companies who adopt this way of making them. The quest for smooth writing is the core of what has maintained the quality of “made in Japan” notebooks.

Not only do the producers embrace the long held tradition but they also try out new things for further improvement of their products.  Mr. Watanabe of Tsubame Notebook took initiative in developing a new cream colored notebook series in 2008, which aimed to compete on the world stage.  The paper is colored in cream which is friendly to the eyes and also there are three types of notebooks; lined, blank and graft. So that customers can use them according to their purposes.  This highly thought notebook can be purchased at a price of 324 yen.  Moreover it motifs in the cover design the entasis pillar of Parthenon in Athens.  They spent more than a year to come up with this design. Mr. Watanabe says “I am very proud of this notebook and highly attached to it. I can guarantee that you’ll like it.”

Life, another notebook company in Japan developed the Noble Notebook also in 2008. Life has been producing notebooks for over 30 years but they decided to produce this new designed notebook with a view of opening up new markets outside Japan. This notebook has focused on smooth writing and costs 600 yen.  It may seem a little dear but the thickness of the notebook will mean a longer use than regular notebooks.

Notebooks made in Japan are already sold outside Japan. Not only in Asia but also in Europe and even in the gift shop in the Louvre. Both Tsubame Note and Life are currently selling their products through the Internet to the world.

Japanese notebooks are high quality and their designs are deeply thought too.  Please grab a notebook and feel the quality and the efforts by the craftsmen.

Japanese Version
Postscript
Through this article, I understood craftsmen’s passion to manufacture well. They always put users first and make efforts to make products much better. That policy impressed me deeply. Especially, notebooks, familiar instruments which are made by craftsmen’s handmade are great. I wish more and more people in the world become to know the attraction of “made in Japan” notebooks.

Mayu Hamada
From my experience of living outside Japan, I had known the popularity of Japanese stationary and especially notebooks. Notebook is something we use often in our daily lives and I had always wanted to write about the notebooks in Japan. Writing this article made me realise and acknowledge the efforts and the amount of thought that has been put into the notebooks by the craftsmen and also the designers.