The Growing Popularity of Japanese Pop Culture Abroad: A Platform for Cross Cultural Exchange and Understanding 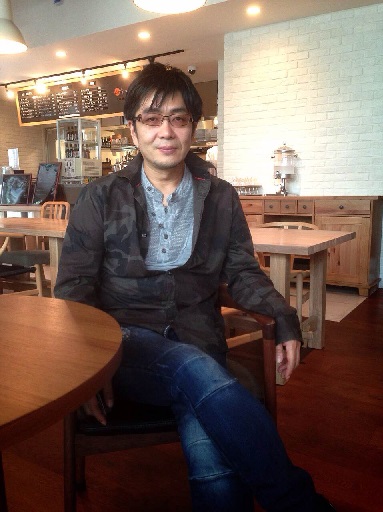 “I think there are key elements in Japanese anime and manga that the American superheroes don’t have,” says a student at Cornell University in the United States . One of the most popular manga characters, Naruto, for example fights for the sake of achieving his goal.  American superheroes on the other hand are simply men and women with supernatural abilities.  These abilities is what makes them appealing, however we find little of the ambition and spirit which defines Japanese manga and anime characters in American superheroes.

Roland Kelts a journalist, public speaker, lecture at the University of Tokyo, visiting scholar at Keio University and author of “Japanamerica: How Japanese Pop Culture has Invaded the U.S.” gave us his insights on Japanese manga and anime’s growing popularity abroad. According to Kelts, during the cold war era the world took on a binary structure of Democracy versus Communism, good versus evil, and it was this binary that had a great effect in shaping american consciousness and pop culture at the time.   The creators worked within and in response to this climate.  As such, much of what Americans consumed were stories of good versus evil; one superhero emblematic of this trend is Superman.
However, with the end of the Cold War the American people’s sensibility and values began to change dramatically.
“When the Soviet Union collapsed the only superpower was the United States, and the United States was starting to look increasingly dubious and flawed.”  Against this backdrop of increasing insecurity, young people growing up in the late 90s and into the early 21st century came to realize that “the world was not so clearly structured between good and evil, or Democracy and Communism” says Kelts.  As such what spoke more to this young generation was no longer the binary of the past, the simple division of black and white, but stories born of a country whose pop culture is rooted in shades of grey. This trend is illustrated by the recent boom in Hollywood to remake Japanese films like “Godzilla”, or to make live action adaptations of manga like “Dragonball”.
Otomo Keishi, director of the recent hit live action adaptation of “Rurouni Kenshin,” a 2012 Japanese film adaptation of the manga of the same name originally written by Nobuhiro Watsuki, gives us insight from the position of Japanese creators.  Otomo says that Japanese filmmaking is based on the idea of wabi sabi, an ascetic sense which emphasizes quiet simplicity and subdued refinement, or trimming away of the unnecessary until what is left is a simple refined product.  This idea takes form when adapting a manga to the screen; the performance is simplified and excessive or unnecessary expressions are cut.   On the other hand many American films he says, overindulge the audience.
According to Otomo however, what Japan’s young audience respond and connect to more is not the world of wabi sabi, or simplicity and refinement, but rather  the flashy overindulgence of Hollywood.
This is no surprise as Hollywood style filmmaking has come to be the standard worldwide.
“Just as people overseas are changing and being influenced by Japan and its culture, so too are Japanese people by their American counterpart.  If we don’t take that balance into consideration when making a film, even if we create something that conforms to the standards of quiet refinement and austere elegance, young people won’t come to see it,.”  says Otomo.
Japan’s youth might not go see the film, but foreign audiences may.  According to Otomo, the old samurai virtue of “yasegaman” ( false courage for the sake of pride)- in other words self discipline and moderation – a virtue embodied by Kenshin’s character have come to be acknowledged and take root around the world.
This international environment of mutual exchange and influence, or cultural “cross pollination “ is what Kelts refers to in Japanamerica as the “möbius strip”.  The growing popularity of Japanese anime and films abroad has opened up the door for Japan onto this world of cross cultural understanding and respect.
Written by Andrew Upton, Toshio Nagura
Edited by Takumi Ishikawa
Japanese Version
Recommend
2020/04/30