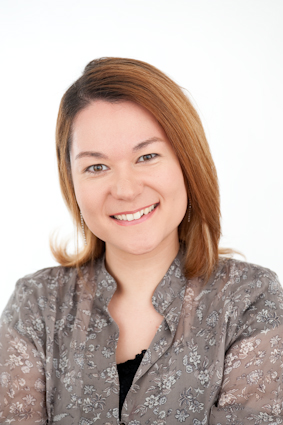 “We now live in the 21st Century and there is no such thing as a stereotypical Japanese.” Insists Sandra Haefelin, the author of a book titled “It’s a delusion that all hafu are beautiful”. “There are black Japanese, as well as those like me who don’t look Japanese. On the other hand there are those Japanese, who were born and raised abroad. The appearance of a person does not tell you much about a he or she”.

Sandra who was born to a German father and a Japanese mother, has been living in Japan since the age of 22 for over 15 years. In order to deepen peoples understanding towards hafu, she appears in talk events and writes books on this subject. It all started in 2006 when she joined a group called HAPA JAPAN, a hafu organisation in Japan. Whilst attending the meetings she realised and felt that there were many people who shared similar experiences with her, such as being bullied or fears and worries over not being treated as a Japanese person.

“Hafu” is a Japanese term deriving from “half” to refer to the people who are born between parents with different nationalities. In this article we would like to includequarters too to what we call “hafu”.

According to the statistics released by the Ministry of Health, Labor and Welfare in 2006, one out of 50 newborns in Japan is born between parents with different nationalities. The percentage of these so called “hafu” has been on the rise in recent years. Despite this fact, the diversity of hafu in Japanese society, as well as the diversity within (non hafu) Japanese tends to be overlooked.

Nicolas who is three-quarter Peruvian, grew up in Japan with many Peruvian influences at home. Including, the absence of chopsticks. He celebrates Christmas with his family, unlike the Japanese who spend it with their lovers. As he uses Spanish at home, he is fluent in both languages. He also said that his looks have made some people think that he speaks English as well.

M.I whose mother is Korean explains that because of her experience of being bullied she only tells her close friends that she is hafu. “If I can trust the person, he or she won’t think I’m strange or hold me at arms length.” She said.

On the other hand, Hannah Wiltshier 17, whose father is British takes having two roots as a positive. She mentions, ” I‘m proud of being a hafu and knowing two languages is my appeal point. “

Many people may have this image of hafu being glamorous and bilingual. However, that is a biased image towards people with two or more roots. In reality, every individual is unique in their looks, language ability and even how he or she thinks about their own identity. The stereotype created by the media applies only to a handful of hafu.

As Sandra said, the act of classifying people itself is out of date and old fashioned. In todays global society it is important for us to shed our previously held stereotypes and prejudices. We should accept, acknowledge and respect our individuality.

Since I am half Korean, I always feel that Japanese society does not give a full understanding toward the “Hafu” people. I hope this article will help people realize they are as diverse as it is in the Japanese society.

As a hafu myself, writing this article made me rethink about being a hafu and was a good opportunity to reflect on my life so far.

For someone who is neither hafu nor Japanese, but rather someone who is observing from the preverbal outside this was an incredibly interesting topic for me. However, as I have many hafu friends (writers of this article, Yuna and George) it is also a topic that is incredibly close and important for me. The image that many people have of hafu today is influenced heavily by their portrayal in the media. As such, I would be thrilled if through this article people come to see not just the variety within the word hafu, but the reality that hafu make up only one part of a larger and highly diverse country, Japan.