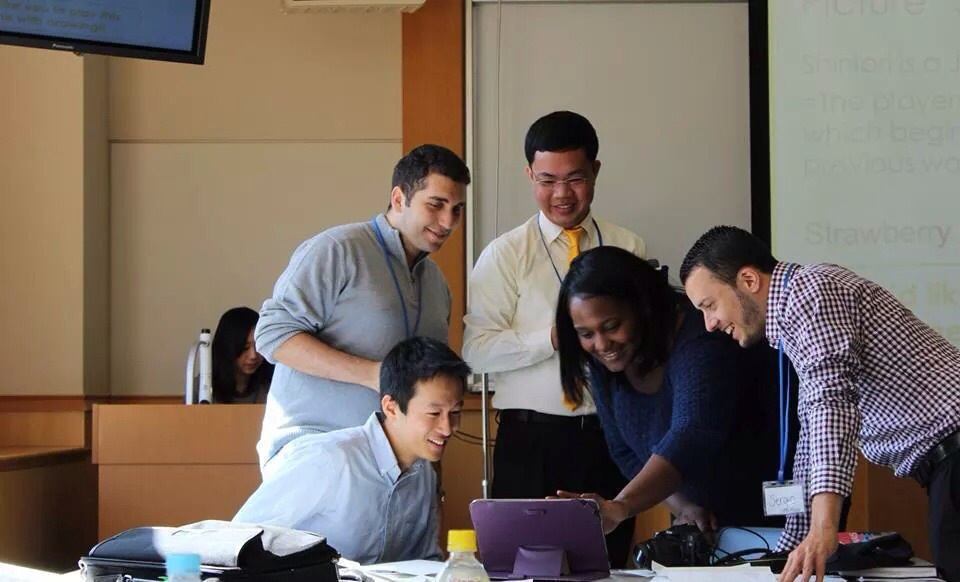 “Pick up the trash and put it into this T-BOX, and then a game starts.”

Sergio Venegasu, come from Costa Rica, showed the cardboard model of the post which shapes like the capital T. He is a member of the team ONE PEACE. He came abroad International Development Youth Forum (IDYF) on its scholarship.

800 youths from 60 countries had applied to this forum named “Re-Design for International Development,”and selected 50 youths gathered at the Liberty Tower of the Meiji University on May 15th 2014. Not only the managing organization of IDYF aims the youths to discuss international issues, but also to come up with tangible solutions, such as to make a new product. For this ambition, the participants had had many discussions through a 6 day study camp followed by the final presentation.

Countless problems need to be solved around the world: nuclear accident, poverty, air pollution, religious conflict, and racial clash. However we do not always share the same awareness regarding them. Such individual understanding relies on how you have been educated or how you have been deprived of the opportunity to learn.

Thus in IDYF, it is up to the youths to set up the problem.

“We don’t know what participants will make,”smiled Saki MARUYAMA, the co-presidents of IDYF 2014, 4th grade student at Keio University.

Participating 10 teams of 3 were left for the final presentation. They each proposed the solution for the problem of plastic rubbish in Thailand, water pollution in Bangladesh, and garbage in India. In the end, NO.1 presentation by ONE PEACE was “T-BOX” which was to solve the Indian garbage problem. 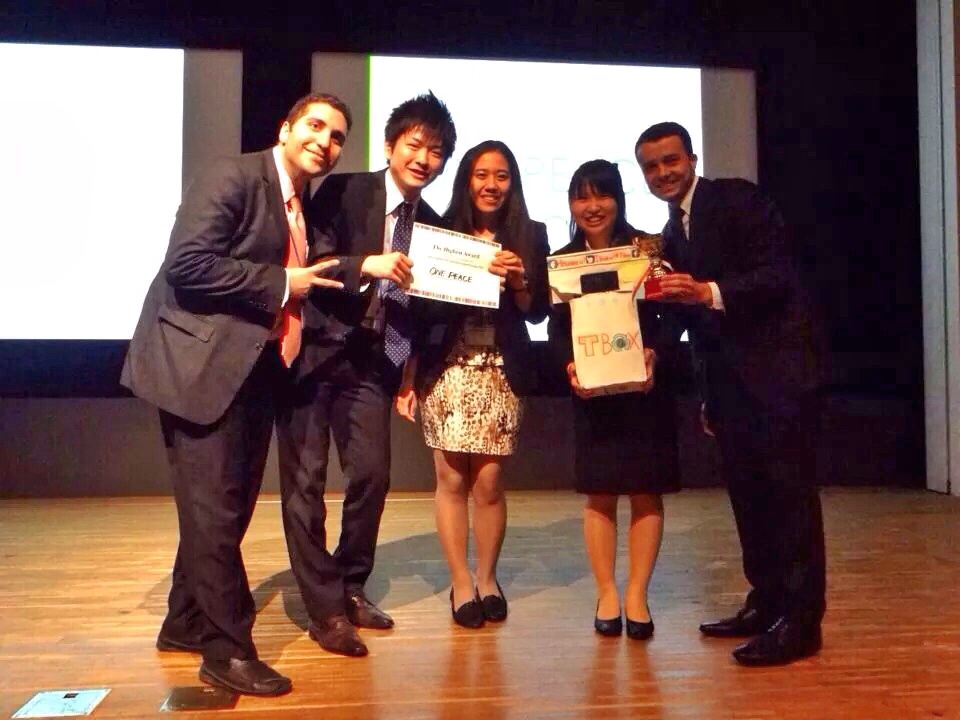 The members of team ONE PEACE

In India with the one-third of the world population, the garbage problem is serious. A law was enacted regarding collection and disposal of garbage in 2000, but now it does not seem to work efficiently. It is because the Indian don’t have custom of separate plastic garbage from trash, and traditionally they do not to think garbage disposal is the work for untouchables.

A reason why T-BOX was evaluated, was the sustainable product that the system can turn to a profit. ONE PEACE made people can enjoy games by collecting garbage. One picks up garbage and throws it into one side of the T-BOX. It has two drops to separate garbage and a display on the front, and a game starts on the display. According to the game result, one can earn “T-point” on his “T-card.” The point in your T-card is available to get some coupons which are distributed by co-sponsored companies. The sponsors’ ad revenue and the expense for T-card registration are making T-BOX possible.

In the case of T-BOX, its incentive is human’s nature that humans are addictive to games. Such simple idea may change the world. “Tomorrow, we never know what will happen, so it is interesting.” Talking about the future of the international development, Saki speaks vividly.