The Spirit of Washoku ~Omotenashi~ 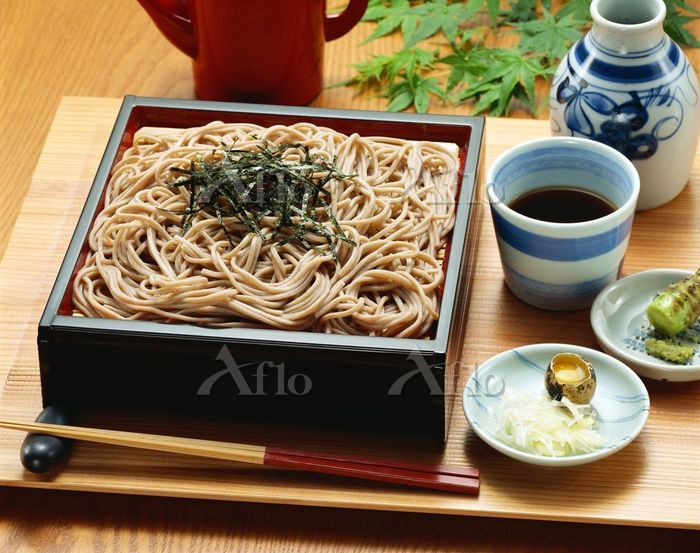 Soba is often served in seiro, which have the function of draining the water of soba

“Washoku,” Japanese cuisine, is said to have played a role in having Tokyo win the summer Olympic 2020. At the IOC reception in London, the Japanese team served traditional Japanese food, such as soba and sushi, and that pleased the IOC members of various countries.

Japanese food is now popular all over the world. In 2013 UNESCO recognized Japanese cuisine as an intangible cultural heritage. However the definition of washoku is vague. Some think of Sushi and Tempura, while others think of Ramen and Yakitori, grilled chicken.

“When enjoying washoku, you taste the food using all of your five senses,” said Yoshinori Horii of “Souhonnke Sarashina Horii,” a soba restaurant, who served “Olympic Soba” at the IOC reception in London. Soba is traditional Japanese noodles and Sarashina soba is originally white. The Olympic soba was served in red, yellow, blue, green, and black, colored by herbs and tomatoes. He arranged the soba in crystal bowls to make the colorful soba look more beautiful. 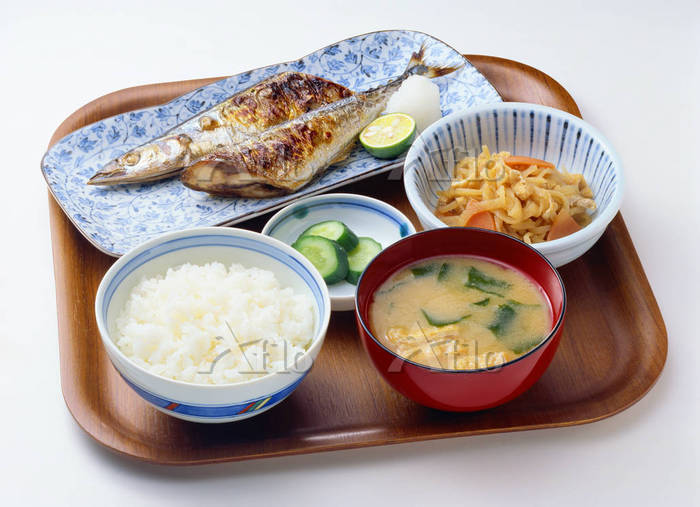 This is common washoku. Most of washoku consists of rice with soup and three other dish.

When you eat washoku, foods are arranged in “utsuwa,” Japanese bowls and plates. It is common to hold the “utsuwa” by hand and bring it closer to the mouth. Therefore utsuwa should be chosen carefully to suit each food. The shape, texture, and functionality of utsuwa must be considered. Mr, Horii said that “utsuwa” means not only a dish but also ambience of the restaurant. “Tasting is to enjoy and appreciate all that surrounds you. When you feel delicious, you are happy with all provided.” Mr. Horii said.

In all parts of washoku, one can feel “omotenashi,” the spirit of acting according to the circumstances and making people as comfortable as possible. The “omotenashi” spirit is deeply rooted in Japanese culture.

During the summer Olympic season, sweet fish, horse mackerels, edamame, and corns will be in season in Japan. International visitors can feel the spirit of “omotenashi” through the seasonal foods and their matching utsuwa.

Washoku has become more popular among foreign people, and that makes me happy. However, I feel there are some differences between washoku that foreigners think and the one that Japanese people think. Through this interview, I noticed it is not so important that what kind of food washoku is but whether the food contains Japanese “omotenashi” spirit.

When I wrote this article, I felt a little nervous because this was the first article I ever wrote, but now I feel so happy. The process expanded my knowledge on this topic. Japanese food including creative cuisine is famous for people all over the world. I want foreign people to know about not only major Japanese food like sushi and tempura but also different kinds of that which are not popular yet. I also hope many people will get to know the Japanese traditional culture: the feeling of “Omotenashi”.