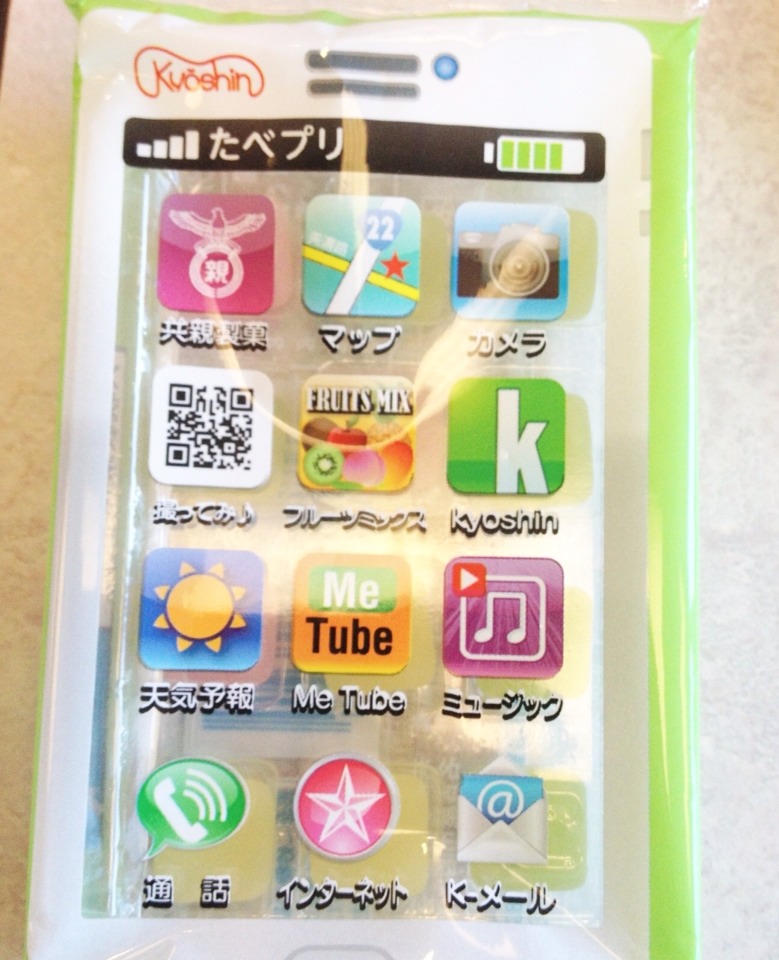 In a small hideout-like store, there are more than 100 kinds of candies. In Japan, you often see children rushing into Dagasiya, a penny candy store, after school. Dagashi, penny candies in Japanese, are small and cheap. They are affordable for small children. Some products provide dozens of flavor variations, while others come with a bag of funny packages and designs such as fake money or fake iPhone. At Dagashiya, children are able to find treasures that they cannot obtain in their real lives. Dagashi gives children not only excitement but also dreams. What is necessary for the Dagashiya is Obachan, middle-aged or old women who are talkative and love to be with children.

“Omocha UENO” is a Dagashiya located in a quiet residential area, little off from the main street of Yokohama, Kanagawa. Mrs.Ueno opened the store 40 years ago. One day, a boy came to her store with a 100 yen coin and he cried because he did not have extra money to pay the tax. After the incident, she gives a 5% discount on children under 18. In Japan, you pay consumer tax which is 5% of the price.

“I sort of give them a little allowance by giving the discount” said Mrs. Ueno with a smile.

She always tries to actively communicate with children. If a child who always comes with his friends comes alone, she asks if anything went wrong. If she detects a shoplifter, she scolds the child and tells him or her not doing again.

The biggest pleasure for her is to watch her customers grow. She is pleasantly surprised when she realizes that those who used to be small children have become mothers or fathers.

“I used to go to dagashiya, when I was a child. That was a lot of fun. And now I bring my son here” said a mother on her way home after picking up a son from kindergarten nearby. 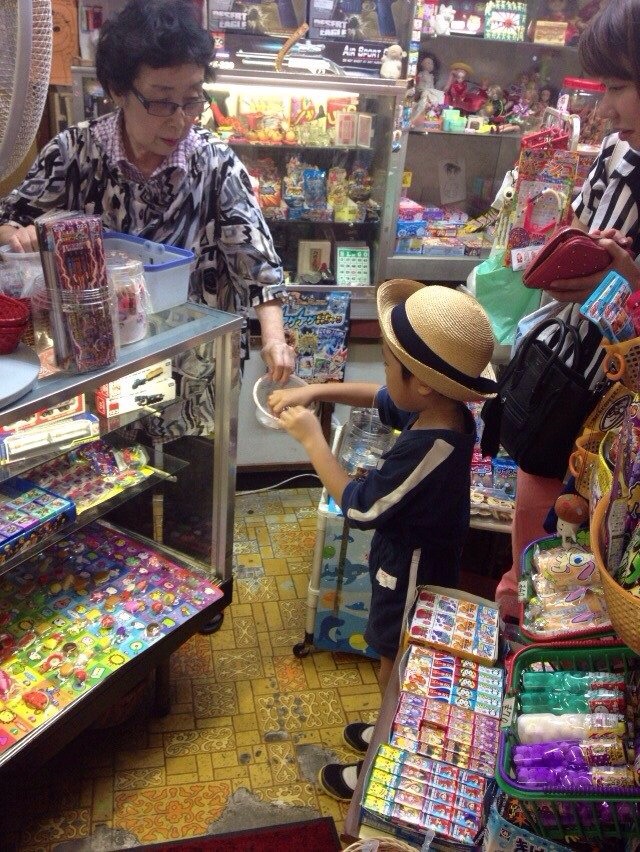 a boy enjoying the lot for candy

The boy had fun winning the lottery to get a big candy. And he left the store with a lot of his favorite Dagashi.

Dagashiya has played an important role in providing socializing opportunities among local residents. However, more stores have been closed in recent years because they couldn’t find successors. “Omocha UENO” is not an exception. Mrs.Ueno will have to close the shop when she gets too old.

There is a new place in Tokyo where you can enjoy Dagashi. It is called « Dagashi Bar ». At the bar, you can help yourself with Dagashi that are put in bamboo baskets. It brings back childhood excitement. It’s interior Showa-Style and dim light help feel the nostalgia. People may visit the bar to talk about the past with Dagashi as a snack. You can also find Dagashi Bars in Ebisu and Shibuya, areas where adults gather for drinks. The colorful and joyful Dagashi helps unite people of all ages.

“Yes! I won! Give me one more candy! ” I still remember the excitement when I won a stick of gum at dagashiya. When I was a child, I often went to dagashiya in my neighborhood. Since I was in love with sweets, dagashiya was really like a dreamland for me. I planned carefully how I could get as many candies as I could with a 100 yen coin which was given by my mom. Sometimes, obachan helped me select candies because I was being too indecisive. Writing an article about dagashiya reminded me of the days in an elementary school and made me feel nostalgia. As I mentioned in the article, I think dagashiya and dagashi are deeply linked with the memory of the childhood of Japanese people, and I am no exception. Today, an apartment is built in the place where used to be dagashiya which I went.

This time, I helped Hosoe write an article as a supporter.Visiting Mrs.Ueno for the interview, we enjoyed choosing Dagashi. That was so fun that we forgot our purpose for a while.