One cold day, a cloudless blue sky spread across Minamisanriku, a province devastated by tsunami. Contrary to the bright weather, the village looked as if it had been destroyed by air raids. Except for the reinforcing bars of a shatteredoffice building and piles of debris, nothing remained there. Although it has been almost two years since the Great East Japan Earthquake and ensuing tsunami, this place hasn’t yet been reconstructed. 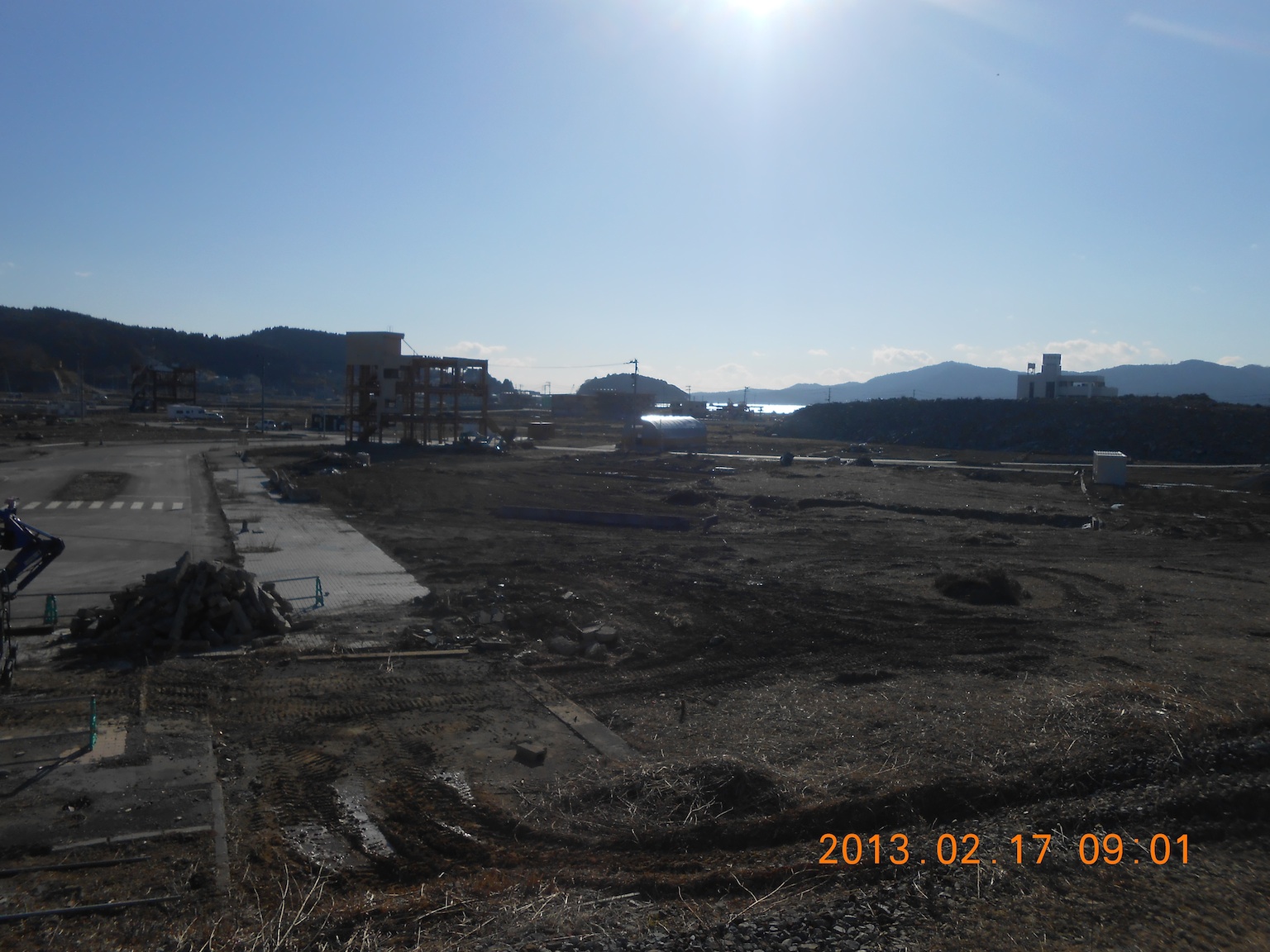 I stayed in Minamisanriku for four days from February 15, 2013, as part of Youth for 3.11( http://youthfor311.com/ ) , a student group of volunteer activities, and I participated in a volunteer activity sponsored by Tokyo Voluntary Network. Volunteers who were involved in the activity were called “Mr.Red Cap ” or Miss Red Cap” because they wore red caps. Red Caps  provide a cafe(1) for residents of temporary apartments who lost their houses in the tsunami.

Rooms are built so small and close to each other that residents can hear their neighbors well. The residents didn’t know each other before the earthquake. Not only did they lose their homes, but they also lost their communities. The cafe was created to offer a new community, and Red Caps serve foods and drinks. They sometimes join conversations. Now, residents came to know one another and enjoy chatting.

Some of those who lost their family members by the tsunami are still traumatized.

One old lady recalled the moment. She and her husband didn’t hear the sound of waves, but the tsunami already came in front ot them. When they finally noticed the tsunami, it was too late. They were trying to load their things and get on the car to escape. Her husband shouted, “Run! Run!” Then he jumped off the car and began to run. She also rushed out of the car and followed him, but the old couple were swept away by the tsunami. Because she wasn’t carrying anything, she was able to come up to the surface of water. She found herself lying on the rice field when she became concsious. Her husband couldn’t make it presumably because he was carrying a backpack.

“Now, I live in a temporary apartment alone. I feel lonely. I can’t have any hope for my future.” the old layd said.

In spite of the loss of their family members, some found a hope that they can hold on to.

One old lady said “as long as you are healthy, you can do anything!”She recently joined a gym and began to learn how to swim. At first she couldn’t even walk in the water. But now, she can swim.

“We should keep trying. I want to climb Mt. Fuji next year!”

On the last day of my volunteer activity, one lady came to thank me and added,“I heard you will go home today, but please remember what happened in this village, and don’t forget that we are still living in temporary apartments!”