“Discover Tomorrow”: Tokyo is trying to bid for the 2020 Olympic and Paralympic Games with this slogan, in the belief that sports can give the Japanese people tremendous power and contribute to the nation’s recovery from the Great East Japan Earthquake of 11 March, 2011. Those who do not live in a candidate city are unlikely to be interested in the Olympic bidding race, and this article is intended to provide information on the state of play. Tokyo is currently contending with Madrid and Istanbul for the right to host the 2020 Olympic Games, and we would like to outline the positive and negative points of each candidate city.

Tokyo also unsuccessfully bid for the 2016 Games, and this time has underscored three important factors: infrastructure, security and the recovery from the earthquake. Homare Sawa, who captained the national women’s football team that won the 2011 World Cup, and Saori Yoshida, gold medalist in women’s wrestling at the Beijing Olympics, are helping the city’s bid. What are the advantages of holding the competition in Tokyo?

The theme of Tokyo’s 2020 bid is a “Compact Olympics”, where 85 percent of the competition venues will be placed within a radius of 8 kilometers from the athletes’ dormitories, which will be built in the Seikai district along Tokyo Bay, and enabling them to get around easily, thereby reducing their burden. They would also be able to enjoy Japanese culture, cuisine and shopping because the famous Ginza district is within walking distance. Tokyo is a hospitable city for visitors, with many hotels boasting the finest facilities and highest level of service in the world. In terms of safety, Tokyo is superior to other cities, with the crime rate in Japan much lower than those in many foreign countries, and the police force well-respected. The city has yet to see any attacks by international terrorist organizations.

But there are also downsides to these advantages. For example, we may see traffic confusion because foreigners unfamiliar with Japan could exacerbate disruptions and crowding on the public transport systems, which already occur during the morning and evening rush hours. Some fear that crimes by foreigners may increase and Japanese people may become involved in such crimes. And even today, there is a threat of a terrorist (?) attack by North Korea (need to justify).

However, city officials say Tokyo is well-prepared for such possibilities. The railway infrastructure will be expanded and extended to reinforce transport capacity. The Metropolitan Police Department has 102 police stations and 1200 police boxes throughout the city, and these help prevent crime. Since the December 2004 “action plan to prevent terrorism”, Japan has stepped up its monitoring of important or crowded facilities, its work to prevent terrorist activity both at home and abroad, its monitoring of goods and money linked to terrorism and its gathering and analysis of terrorism-related information.

The Olympics would not only bring economic benefits to the host city, proponents say. It will also help invigorate the Tohoku region, which has suffered from the devastating earthquake-tsunami. The Tokyo Olympics would not only be held in Tokyo. There are plans to have the Olympic torch relay pass through Fukushima and use Miyagi Stadium as one of the venues for the preliminary round of football matches, and such plans will help in the reconstruction of the Tohoku region. Tokyo Governor Naoki Inose has said that “The Tokyo Olympics would serve as a large target for recovery and would also serve as the place where we can show our thanks to the encouragement and support we received from everyone around the world.” 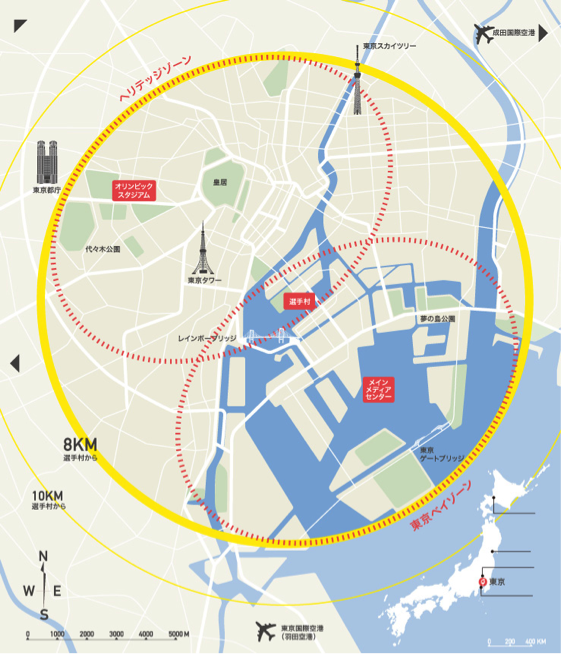 Madrid is planning a “Smart Olympics” by streamlining the management and budget of its Games compared to those of the other candidate cities because it is in the midst of economic crisis. Its budget is about 3.1 billion dollars while that of Tokyo is 4.5 billion dollars. Madrid has received high marks for its infrastracuture and transport systems. The city would not construct new stadiums because 80% of the stadiums they intend to use for the Games already exist. Moreover, the mega football club Real Madrid has promised to support the city’s Olympic dream.

But Spain has serious economic problems, and the International Olympic Committee has pointed this out. Unemployment in Spain stands at 21.29% (for young people, the figure is 52%). The death of former IOC President Juan Antonio Samaranch, a Spaniard, is also seen as a negative point for Madrid. 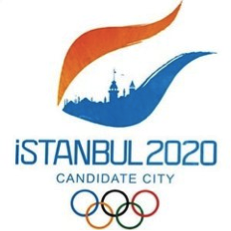 This marks Istanbul’s fifth bid to host the Games. However, this time the city has a big concept called “World Harmony”, because if successful, it would be the first time the Olympics are held in a Muslim country. Turkey boasts a high working age population ratio (the ratio of those aged 15-64 in the total population) of 67.7% in 2010, good education levels and a diligent workforce. Such factors have enabled the country to rank 17th in the world and 7th in Europe in terms of nominal GDP in 2010. The robust state of the economy is advantageous for Istanbul’s bid. Turkey professes itself to be “diplomatically problem-free” in terms of peace and order, and touts itself as a moderate country that also has friendly ties with Islamic countries that are still battling terrorism.

On the other hand, observers have pointed to the altitude difference in Istanbul, and the problems of public transport because the city is divided in two by the sea. Compared to the other candidate cities, it also lacks experience in hosting international events. If Istanbul wins the Games, it will certainly be seen as a symbol of world peace, but relationship between Muslim countries and the rest of the world have become complicated after the terrorist attacks of 9.11. Muslims have been linked to many disputes and problems around the world. Although Turkey enjoys good diplomatic ties with a wide range of countries, the possibility of a major terrorist attack cannot be ruled out. The “Kurdistan Labor Party” (PKK), an anti-government organization organized by Kurds, has clashed with government forces in the southeast of the country, apparently responding to the anti-government rebellion in Syria as the civil war in that country intensifies. The Turkish government is concerned that the situation in Syria could strengthen the Kurdish independence movement and possibly lead to terrorism in a major city.

The campaigning by the three cities is intensifying. Tokyo and Madrid appear to be getting favorable reviews now, but one of the interesting things about the Olympic bidding race is that there is no telling what will happen. Let’s look at two interesting examples.

One successful Olympic bid was that organised by London for the 2012 Games, after defeat seemed certain. The final candidate cities were London, Paris, Moscow, New York and Madrid, and the race was said to have been the most hotly contested one ever. After the first round of voting, Paris and Madrid took the lead with high marks for their bids. But when the field was whittled down to three cities – London, Paris and Madrid, Paris was the most highly rated for its solid infrastructure, while Madrid was the first to fall away, on the grounds that Barcelona had hosted the Olympics just 20 years before, as well as the terrorist attack at a Madrid train station during the bidding which raised questions about safety.

However, the London bid committee, led by Chairman Sebastian Coe, emphasized that the London Games would be “An Olympics by the athletes for the athletes”, a slogan it introduced after listening to the views of athletes. The primary factor behind London’s victory was its enthusiastic lobbying. The city’s strategy to have celebrities such as world-famous football player David Beckham appeal directly to IOC voters was one of the keys to its victory. The lobbying for the 2020 Games will undoubtedly have a big influence on the race, and even Istanbul, which is said to be lagging behind the other candidate cities, has as good a chance to win just like London did.

Recession and the deterioration of public order can often lead to a bid’s failure. For example, Detroit unsuccessfully bid to host the Olympics six times in a row. The city tried to invite the Games from 1952 to 1972, but lost each time. Known for its automobile industry, Detroit started to bid for the Games by taking advantage of its economic prosperity. In the 1960s, Detroit gained the know-how to prepare for an Olympic bid. At the same time, the economy was worsening worse because the domestic car industry was gradually losing market share to cost-effecitve Japanese rivals. At the same time, the Detroit Riots by African Americans in 1967 damaged its image in terms of public safety and order, and further weakened the city’s bid. Due to this situation, Detroit repeatedly failed to win the Games. Similarly, with public order worsening because of the ongoing economic crisis, Madrid may also face an uphill battle.
Japanese version