Who is the best partner for you?

This question does not only apply to love life, but at the election as well when you choose your candidate. To find the best political partner, you will need to find the party that most closely reflexes your value. In other words, you will need to understand your own value more specifically. This is, however, a difficult question to answer because nowadays Japan has many political parties whose members do not share the same view. 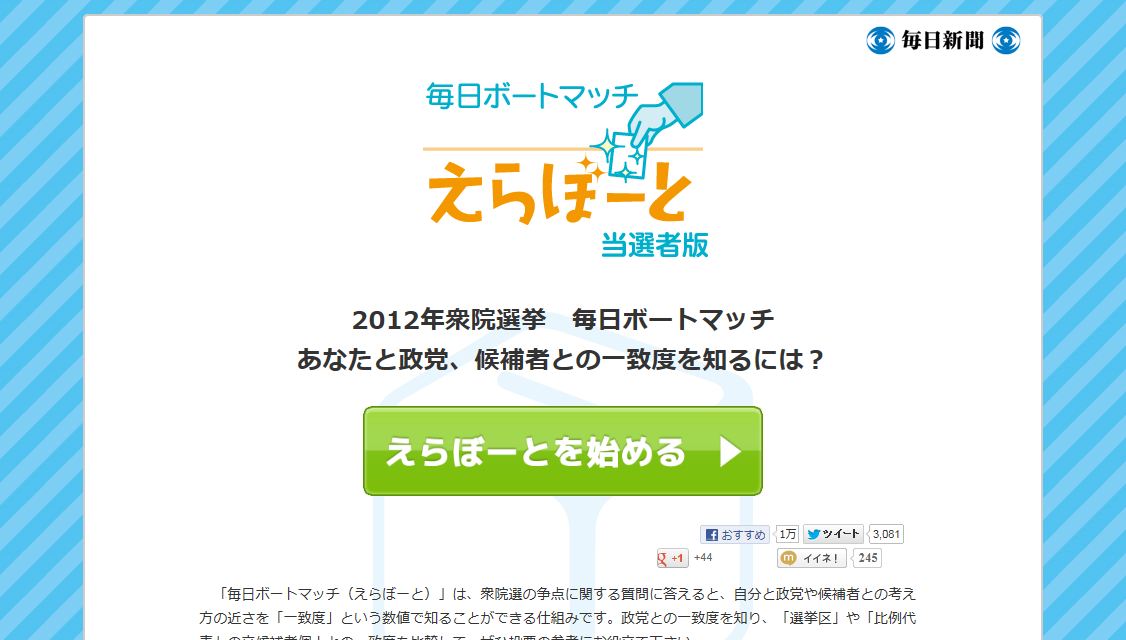 “ERA-VOTE,” a website sponsored by Mainichi Newspaper, helps solve this problem. The name is intended as wordplay (Erabo, means let’s vote).  The users answer 20 questions by selecting the best answer from multiple choices. They will be asked to express their views on issues including nuclear power plants and the revision of the constitution. ERA-VOTE will automatically provide the results that show. It will also show the synchronization rate of you and the political party that was chosen by percentage. Even if you do not have enough political knowledge, there is no need to worry. You can read each issue.

“We told ourselves that we had to be fair.”

Yoshihiro Katayama, one of ERA-VOTE’s supervising editors, said. Mr.Katayama is a professor at Keio University. He and the other supervisors were aware that they could end up affecting the users political views, so they tried to remain politically neutral. Nevertheless, it was natural that they each have their own political view. Their biggest challenge lied in deciding where to draw the line.

question about the revision of the Constitution

For example, they needed to think carefully about each question. The latest edition of ERA-VOTE includes a question “Do you agree or disagree to the revision of the Constitution? ” What people associate from this term varies, from environmental rights to the article 9th constitution. If the question was limited to the article 9th for example, there was a risk of turning it to the focal point of the election. Mr. Katayama pointed out that people wouldn’t necessarily vote for the candidate or the political party this service showed the best match. They are likely influenced by various factors such as a charisma or an attractive personality. Emotional feelings are not measured by ERA-VOTE.

“You can recognize which party has the closest policy to your opinion by using ERA-VOTE. It also gives you a good chance to become aware of your potential opinion.”

On the other hand, Mr. Katayama warned us not to fully trust ERA-VOTE. He told us to keep it at the reference level.

Aiming for a wider access, ERA-VOTE is being improved so that it can be used through new terminals like smart phones. Making an effective use of the Internet can raise awareness toward elections. The revision of the Public Office Election Act is expected to be made. Election campaigns through the Internet will become more active in the near future. 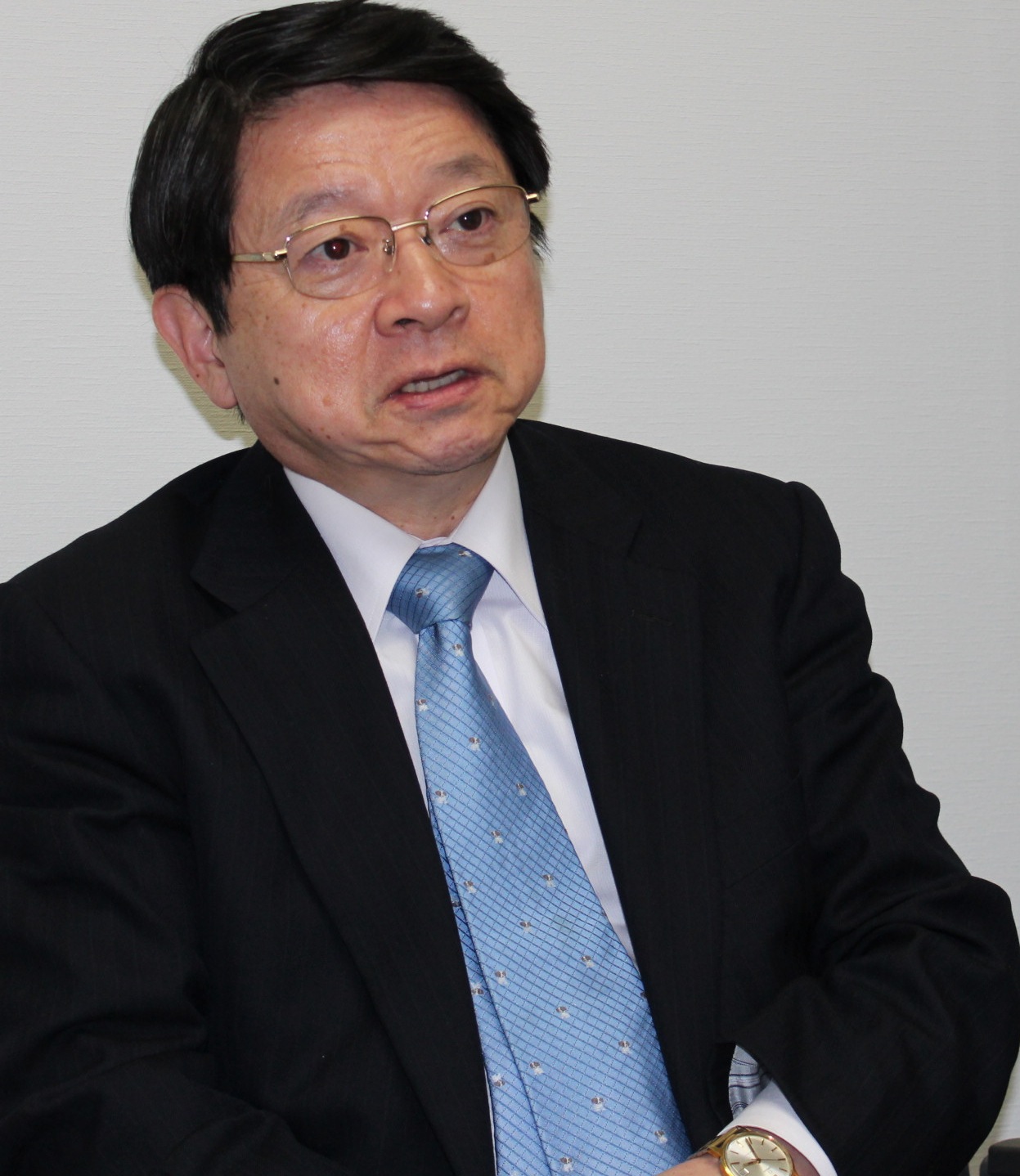 He joined Ministry of Home Affairs. In 1999, he took up a post as governor of Tottori prefecture. In the month when he took down the post, April of 2007, he assumed professor, Faculty of Law, in Keio University. He also had hold the Minister of Internal Affairs and Communications since September 2010.