What is the Power of a Single Vote?

Why do young people show low interest in politics these days? Are there any ways to raise their interest?  To look for answers to these questions, we interviewed Ryohei Takada (pseudonym*), 25, whose job is related to politics.

“It is difficult for them to realize that politics will bring changes in their lives, because most young people are financially supported by their parents.”

He pointed out there is a gap between young adult such as college students who are financially aided and those who already have a family to raise. Mr.Takada also said that there are not many policies aimed for the youth. Politicians tend to focus issues appealing to older people that more likely vote. 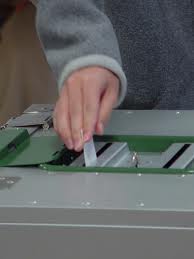 What is the Power of a Single Vote?

However, in order to resolve this problem, he predicts that the efforts need to be made from both sides, politicians and voters. While politicians try to establish more policies for young people, young people should try to cast more votes. They also should call on people around them to vote.

When he was a college student, he supported a certain policy that was important for his future. He voted for the political party that presented this policy and encouraged other people to do the same. When the policy was actually materialized, he came to realize that a single vote could influence one’s life. He said that he wants young people to feel the same.

Mr. Takada warned, saying that “It does not mean that you can be satisfied just by voting.”

It is important to keep monitoring how the candidate acted you elected. And in a next election, you can evaluate the law maker based on his or her performance without being affected by perception.

Mr.Takada emphasized the importance of raising the voting rate. “A single vote of young people has power to change the present situation”

* Due to certain reasons, this person’s name is a pseudonym.