Generally speaking, the Japanese cannot speak English very well. In order to become a global citizen, many people try to improve their English skills, but the progress is very slow. For those who struggle to study English, there is good news. A new technology may save their time. 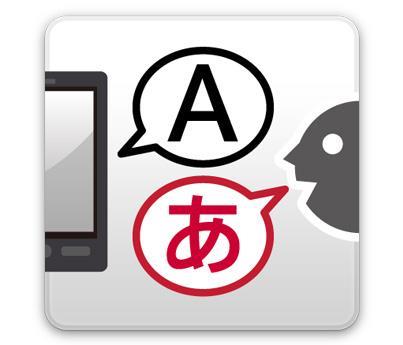 In November 2012, NTTdocomo, the nations’ top cell phone company, introduced a new app “Hanashite-Honyaku.” It simultaneously translates the phone conversation. By using this service, you can talk with a non-Japanese speaker as if there were an interpreter.  What you say in Japanese is immediately translated into English, and vice versa.

According to the research by Mobile Marketing Data Laboratory, “Hanashite-Honyaku” has the best reputation among five popular interpretation apps, because it has  high-quality translation, and it accurately recognizes and translates what you say. Moreover, you can use it for free. As this service improves further and more people begin to use it, we may not need to learn English.

However, we are living in the global community. Can we really give up studying English?

“Language is a mirror of a culture,” said Hayato Kosuge, professor of English literature at Keio University. He pointed out that languages are a means of communication, and that they represent the speaker’s culture, ideas and values. Languages are an art form with a special power. Mr. Kosuge argued that it is important for us to learn English. He also said that a machine cannot read subtle differences.

While this auto-interpretation app is epoch-making, it has many problems. It often misinterprets our words. However, the advent of a new technology will give an occasion to reevaluate the role of the language.  Do we look at English just as a means of communication, or do we want to understand it more deeply?