Learning From the Old Education of English

Lately, Japanese English education tends to make a point of “communication”. “English brain” is highly thought by a lot of people and most of books of English education are related to it. It isn’t bad to make a point of “communication”.  Since English is one of the languages and it is a tool to communicate each other. But on the other hand, there are a lot of people who undervalue basic English grammar among present Japanese. Especially English which is learned in school or supplementary private school is often criticized; besides it is sometimes said that it’s useless for English conversation. However I wonder that we can say the people whose English grammar is not good really have the power of English. 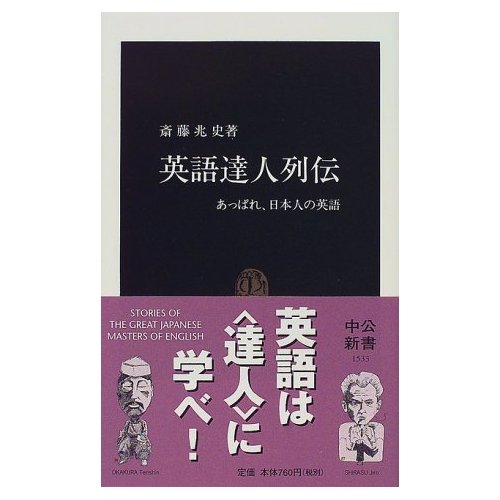 Saito Yoshifumi is a professor of English literature. I refer his books and see that English grammar is important. In his books, “英語達人列伝“, “英語達人塾” he picked up English specialist of Meiji era. According to him they could use English more skillfully than people who are native speakers of English in those days which has much fewer English teaching materials than now. Their way to study is extensive reading and reading aloud. They made a point of “English grammar” more than “communication”. Then all of them made great effort to learn English by Saito.

Compared with Meiji era there are many English teaching materials and chances to talk with people who are native speakers of English. So It maybe  a mistake compare present Japanese with English specialist of Meiji era. However in consideration there are people who make effort to learn grammar in a little chance to speak English, English grammar or making effort shouldn’t be criticized. And we should imitate their ways and make effort to learn grammar.