What Will Be Lost From University,Do You Think? 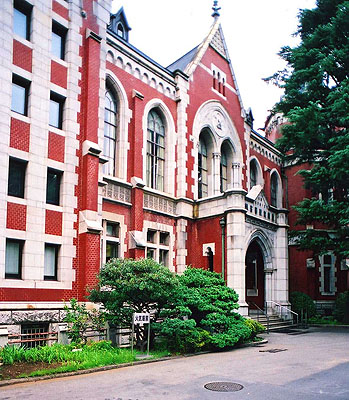 Now, we may not see cherry blossoms any longer with entrance ceremony. As Japan tradition we have matriculation in April, however it might change. The whole things started because Junichi Hamada, the president of Tokyo University, offered to enforce the autumn one, in this February. He makes a plea for its realization toward major universities including our Keio University. From our perception, this subject will stir controversy involving whole Japan, and then we carry out the survey about autumn matriculation to four staffs of Keio University.

While giving wholehearted support to autumn matriculation, some people have divergent views. “Frankly speaking, the principal and other university presidents just discuss the subject, and clear picture haven’t come to our mind.” One of them says.   “At this position, I’ m not able to affirm that which is good or bad. An obstacle is the Gap Year problem. Taking into consideration the state of Japan, I don’t think Japanese current system hasn’t fit with the autumn matriculation, such as the time of job hunting. Of course, I understand the merit of international students’ coming to Japan easily, but truly dose the Japanese university appeal to them, especially after 3.11? First of all, I would like to propose reforming university to fascinating one.”  Besides, U who have come to Japan to study and now teach German also casts doubt upon this advantage. “From the view of a student studying abroad, Japanese entrance institution certainly disturb coming to Japan from Foreign countries. Although I had planned to come to Japan for one year, I unwillingly stayed for one and a half year due to take the course as my wished in my country. After all, it took for over six years to earn a masters’ degree. That is why; I just agree to come to Japan from Asia. However, toward Japanese students, is there any value of increase in nonuser of native English? What dose enjoy the benefit by introducing autumn matriculation?” “It takes out the trouble to extend the term of education, in spite of the current tendency to emphasize the young and experienced. The system of grade skipping will just accelerate the fierce competition for entry to school, in my opinion. We should reform this institution to autumn one all together, as German is. At, any rates, the most important is how we can make the system valuable to Japanese students.” She says.

Unless we do not have enough knowledge and opinion about this theme, we must be passive. I think most important thing is all students catch the knowledge, and ponder the way of the future university.

What opinion, do you have?