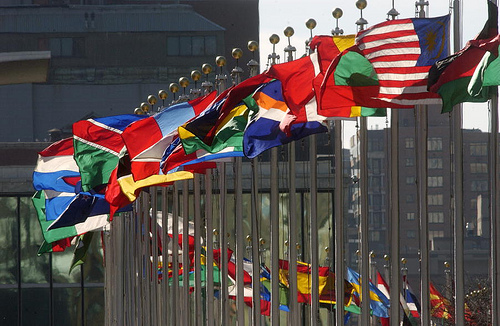 Owl in the Dark

“The owl of Minerva flies when it becomes dark to enlighten the way.” Kato Hiroshi, the first dean of the Shonan Fujisawa Campus (SFC) of Keio University, compared the owl to SFC students during a speech at a commencement party in 1994. “Japan is in darkness today. I want you to become owls and fly in the darkness with shining eyes. You will enlighten the way for Japan.”

As Kato believed, we, the editors of the Mita Campus, are confident that SFC’s education can generate competent people for society today, and strongly believe that this style should be adopted by other universities in this age of globalization, as people need to be proficient at expressing their ideas, communicating in an effective way, and making solutions to problems into action.

PROBLEM-SOLVING CAPABILITIES
SFC was founded in 1990 to help young people to develop an ability to solve problems when education was at a turning point with the spread of globalization and IT. The program has two faculties. The Faculty of Policy Management aims to train professionals who can find and solve problems of the 21st century and exhibit leadership in the world. The Faculty of Environment and Information Studies emphasizes the ability to create solutions to problems using the most advanced science, technology, and design.  Consequently, SFC has many unique classes for the development of students’ problem-solving capabilities as well as communication skills. 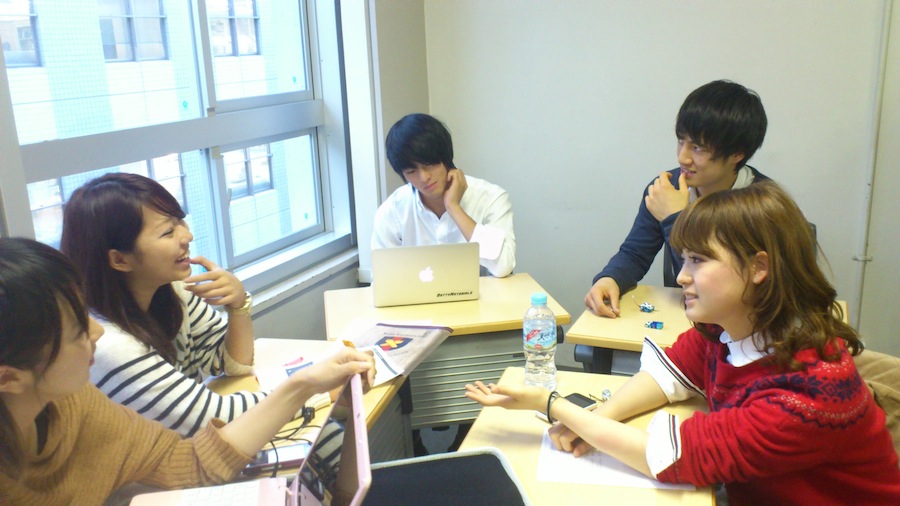 Group Discussions in the Class

SFC has more group work classes compared with other universities in Japan. One SFC student told us, “In group work, we exchange ideas with others, so we are exposed to various points of view. At the same time, we learn how to express our ideas in an effective way.” Many students mentioned the “Diplomatic Policy” workshop as a representative class of group work. They divide into groups, twelve students each, and discuss diplomatic policy. At the end of the course, students make a presentation of what they have discussed. They say, “Though the class is a hard one, we think it is worth the challenge because no other university has a class like this.” They debate in groups and do presentations in classes and learn how to express and communicate their ideas well through these sessions.

For this reason, corporate personnel managers highly evaluate SFC students. “During the recruitment process, many SFC students are different from those of other universities,” and in interviews and group discussions, “the SFC students seem used to expressing their opinions in such a situation contrary to other students,” they commented.

In many other universities, however, lectures are still mainly held in the large classrooms without much group work. Therefore, students are not excited about classes and more enthusiastic about club activities and part-time jobs.This emphasis of SFC on problem-solving abilities and presentation skills gives students tools that are useful well into their careers. A senior manager of a consulting company said, “SFC graduates are expected to develop job skills quickly because they always consider the reason a problem exists and try to create solutions on their own.” Also, a graduate working in the IT industry said, “When I was a college student, I knew what kind of company I wanted to work for. So, I was proactive in visiting companies, talking to people in the field, and thinking of how I can give back something to society.” He continued, “Because I don’t like to wait for people to tell me what to do, I would rather try to identify problems on my own and then figure out ways to solve them”.

MULTICULTURISM IS IMPORTANT
Proficiency at communication and problem-solving skills alone does not assure success in current society. It is also essential to understand the value of other cultures because the flow of people is becoming faster and faster today. SFC is approaching this matter by trying to have a lot of foreign students on its campus in order to crack homogeneity. 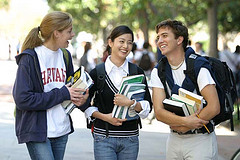 SFC is regarded as a pioneering university because it has made these various reforms and many original class formats since its foundation. Twenty years have passed since SFC first began experimenting with this new education system, and it has achieved great success in producing capable people into the society.  Now, experiment time is over. These systems need to be put into practice among other universities as well.  All universities would benefit with group work and group discussion, entrance exams for foreign students and Japanese returnees, and the implementation of the Global 30 program for undergraduate students.There are several examples. The SFC curriculum offers not only English and French as in other universities, but also many other languages including Korean, Malaysian, Indonesian and Arabic as a first foreign language. SFC is also offering “Global Information and Communication Technology and Governance Academic (GIGA) Program.” Aiming to attract foreign students, the GIGA Program conducts in English many lectures that used to be in Japanese. Another example is the “Global 30” program. Usually, for foreign students to study here in Japan, communicating in Japanese is required. Under “Global 30,” however, students do not need any knowledge of Japanese and are allowed to take all classes in English to get credit toward graduation. Finally, SFC offers a course that begins in September even though the Japanese school year starts in April. This facilitates foreign exchange opportunities for overseas students at SFC. By having a variety of people on campus, Japanese universities can promote an intercultural community with students of different backgrounds and deepen the mutual understanding.

Although our population is shrinking, globalization is an opportunity for Japan to change. It is hard to say Japan is weathering the globalization well. The outbound capital flow of Japan, for example, remains the lowest among the world. What’s more, Japan is behind in entering new markets in developing countries.  Korean and Chinese companies are advancing further ahead, while Japan’s presence is declining within Asia even in traditionally Japanese strong sectors, like TVs and cell phones.

To survive in the globalized economy, Japanese companies are all struggling to get competent people that understand foreign cultures, discover and solve problems by themselves, and who can communicate well and execute on solutions. For Japan, a Galapagos country, this seems the hardest mission to accomplish.

Although SFC has tried many reforms and adopted new-style classes, it still has a long way to go. Kokuryo Jiro, the present dean of SFC, said, “Universities are also in globalization, so rivals are not only the Japanese universities, but also those in Korea, Singapore or China. Compared with them, it couldn’t be said SFC is a pioneering university.”

Globalized society is too complicated. One event in a place can influence another a half-world away, and nobody can really predict what happens next. Still, we believe that, with the abilities and diverse perspectives acquired during college life, SFC students can become competent owls that shine through the darkness of this age.