Facebook Twitter Google+ Hatena Pocket LINE
2012/08/11 2013/05/23 LIFESTYLE
In Japan, there are places that attract attention with their special power. Such places are called power spots because they bring “Goriyaku,”in other words benefit and grace to those who visit them. This pilgrimage to power spots is now catching on among young people, especially women. These places, typically temples or shrines, honor various gods who possess power. Maybe a romantic relationship can come true, health ensured, and children born safely. Reflecting this popularity, many books and Internet sites have covered power spots in every corner of Japan. In these articles, one can find unique ways people make pilgrims to power spots as well as its history. 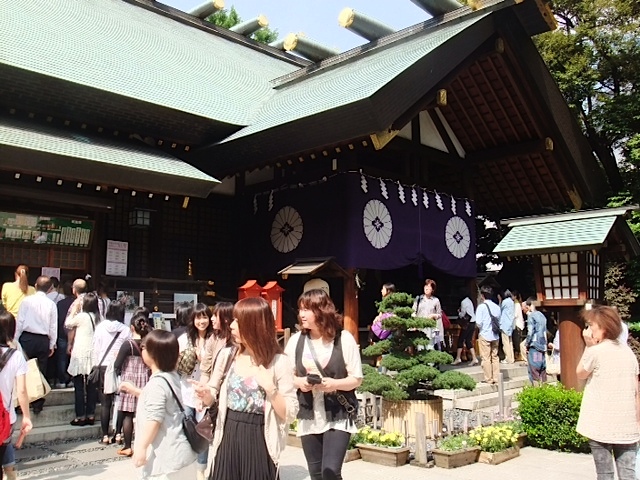 In the Web site “Japan Power Spots Best 100” that introduces more than 100 popular power spots in the nation, 55 are shrines and temples. Young women are interested in touring the power spots that are good for romance. In particular, Tokyo Daijingu, located in Iidabashi in central Tokyo, is one of the most popular. It is always ranked in the top 10 in the surveys on love power spots by magazines. Because the shrine is dedicated to the god of love, word of mouth and media coverage have spread the message that the shrine has power to unite people. About 20,000 people visit the shrine each year.

Behind romance, women are most interested in beauty. This is why a different temple, Gyokuhouji, situated in Mita in central Tokyo, has also caught popularity, because visiting it can lead to smooth skin. People who come to see its “Okesyojizouson”(the stone statue worshiped as a symbol of cosmetic beauty), which is enshrined in the side of the temple’s entrance, has existed since the Edo period. After visitors put white face powder, lipstick, and nail polish on this sacred figure, they make a prayer, and, if their wish comes true, they will revisit.

All this casualness might come as a surprise to non-Japanese, for whom religion is not something light-hearted. That Japanese are not particularly religious is well-known.

Okesyojisoson stands in the side of the temple’s entrance. / Koki Kinoshita, Mita Campus

According to the survey carried out in 2008 by the Yomiuri Shimbun, 72 percent of the Japanese do not believe in religion, while 26 percent does. While some argue that Japanese people have no religious spirit, others say that Japanese are actually rather generous and open-minded towards other religions.

What should be noted however is that the Japanese have been flexible with their religions for a long time. They have always rushed to temples and shrines once word gets out that the place has goriyaku: this tradition has not changed since the Edo period 400 years ago.

“Power spot seems like a recently created word, but visiting such places is not a new phenomenon in our culture. It has existed since a long time ago,” explained Michi Akagi, a staff member of Ota Memorial Museum of Art. She added that she did the exhibition “Power Spot of Edo” in September 2011because she wanted to tell people about the long-existing custom. The exhibition showed 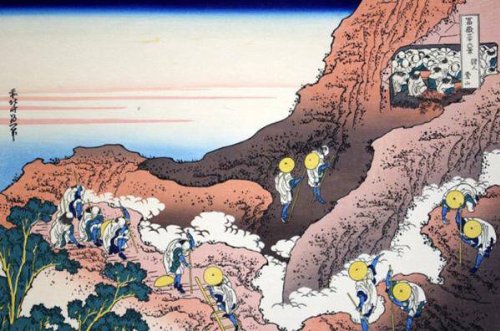 Ukiyoe (woodblock print of the Edo period) in which the famous power spots of that time were depicted, including “Thirty-six Views of Mount Fuji: People Climbing the Mountain” by Katsushika Hokusai.

Ms. Akagi pointed out that people’s attitudes such as touring religious institutions no matter if it is a temple or shrine has remained the same since the Edo period. People enjoy visiting power spots as if they collect stamps of popular places.

“It may be natural for the Japanese. I think we all embrace some form of spiritual thinking that makes us want to pray,” Ms. Akagi said.

In Japan, there is a saying “Man turns to God only in times of trouble,” equivalent to the English saying “Danger past, God forgotten.” Japanese has been living with little awareness of religion.