Oseibo: a gift that connects a person with another

At the end of the year, tidy wrapped goods—ranging from fruit juices to canned goods to even laundry detergents—are lined up in the corners of department stores and supermarkets. These gifts are sent at the end of the year to show appreciation from those indebted, called “oseibo”. Recently, however, this tradition of sending oseibo is becoming obsolete.

“People’s ties to one another are now changing”, said Sonoda Yukio, CEO of Gift Pad Corporation. People’s attitudes toward personal information have changed, and nowadays it is natural that even friends do not know each other’s home addresses. Moreover, due to the development of the Internet, modern relationships are supported by Social networking services such as LINE and Facebook. Up until a few decades ago, people did not know how their friends had been if they had not seen each other. Thus, an oseibo was sent as a way to keep in contact at least once a year. Recently, however, people have become able to easily keep track of each other’s situations without meeting face to face, and there is no need to continue the custom of oseibo to keep in touch. These changes in social customs have resulted in a decline of the culture of oseibo.

Confronted with a decrease in the demand for obligatory gifts such as oseibo, Gift Pad devised an innovative service. Even if you do not know your friend’s address, you can send them a message via SNS or email with a URL or QR code linked to a web catalog. From that your friend can choose a listed gift. The merit of catalogs in the first place is that they allow you to easily choose goods. However, to make themselves distinct from other companies, catalogs have become increasingly thicker as they list more and more products. Despite the fact that the catalog market nowadays is extremely large, valued at over two hundred billion yen, Sonoda felt that they were becoming inconvenient because he thought that the thickness of catalogs does not match the recent trend of miniaturization. To stop catalogs from becoming a barrier to sending gifts, he started a web catalog service. 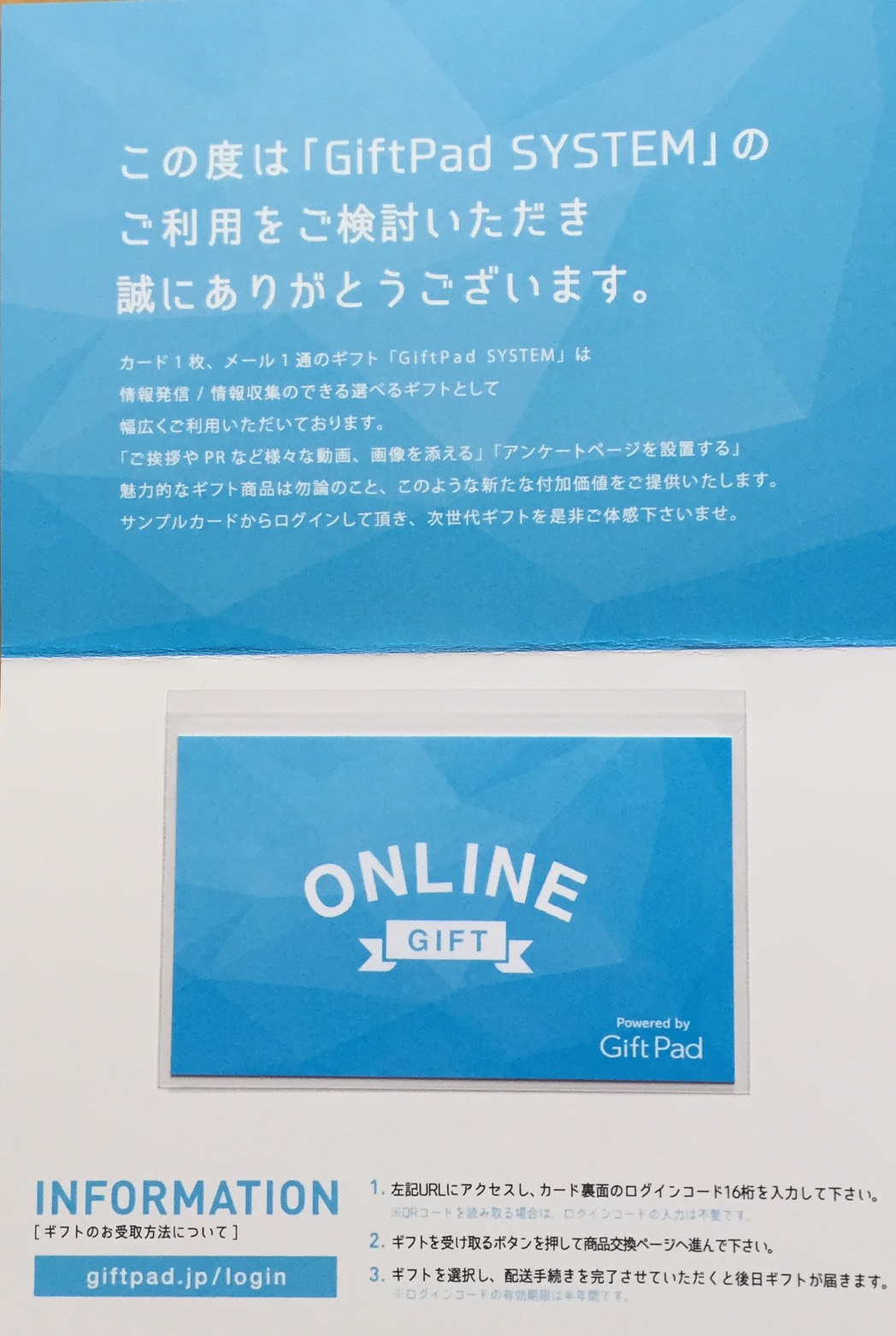 By scanning the QR code printed behind the card, you can access the web catalog

One reason why oseibo is fading is because young people generally do not send ceremonial parcels at all. Therefore, Gift Pad has been making efforts to encourage young people to send gifts using their services. The company has recruited models and entertainers who have great influence on young people, to use the service and post about it on SNS. The company’s goal is to familiarize younger people with the service so that they become more inclined to use it. 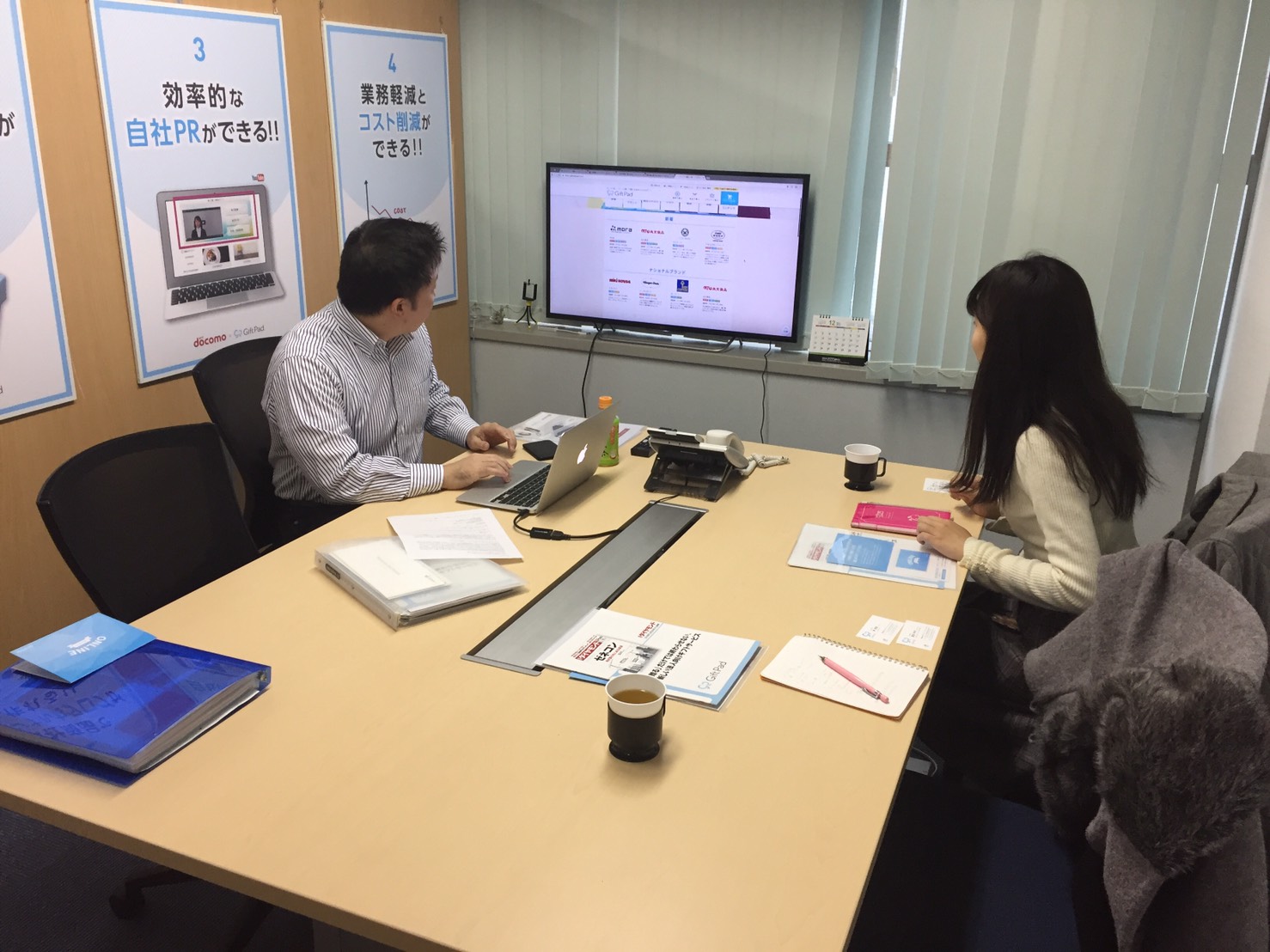 Interview with the CEO of Gift Pad, Yukihiro Sonoda

As time goes by, things change. Sonoda thinks that the same can be said for gifts. He concluded by saying, “My role is not to stop oseibo from fading out, but to inspire people to send a gift that counts.”

Nowadays, we even do not hear the word, oseibo that is one of the Japanese culture. However, through the interview to the GiftPad, I got to know even though oseibo and gift has changed its shapes along the decades, it has not changed it in terms of the things that connects people. Gift is very important in building the relationship of people in the future too. When showing appreciation, gift is one important way and it would remain in the way that fits the times. I hope this article will be an opportunity to know oseibo culture for people abroad.

Every time I receive oseibo from my relatives, I feel happy. Even though oseibo has changed its froms and means, I want the tradition of sending and receiving gift to survive.