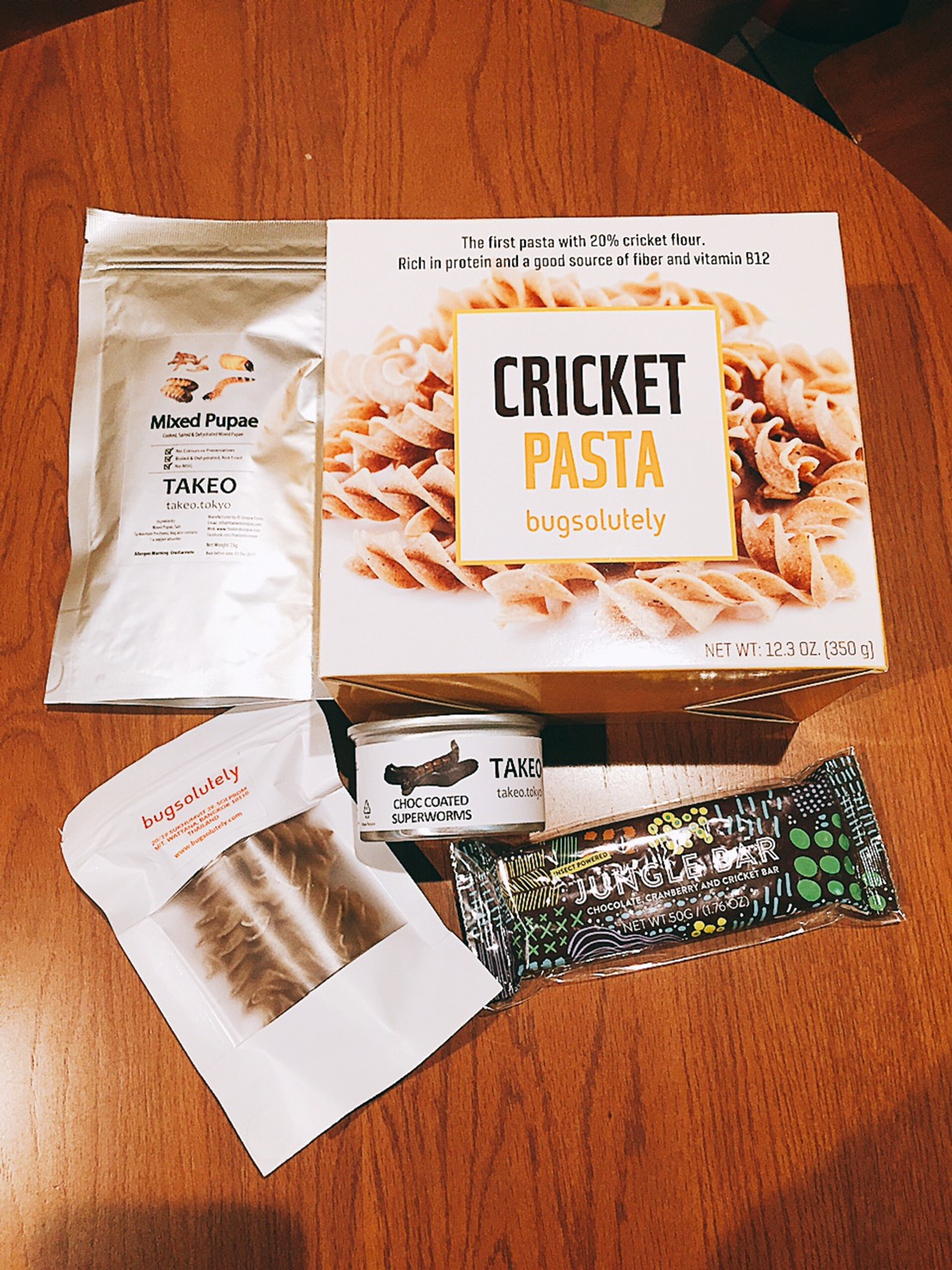 In this photo released by mitacampus, some of the various mail-order insect foods sold by TAKEO are shown. (AP Photo/ mitacampus)

​On May 13, 2013, the UN Food and Agriculture Organization (FAO) announced a surprising report. According to the report, by 2050 there will be 9 billion people on earth. To accommodate this number, current food production will need to double. It is apparent that an innovation in food production is necessary.

Now, people are talking about a new kind of food; is insects. Insects are rich in protein and various types of nutrients, as well as substances which reduce cholesterol. In terms of hygiene, there are no one problem if cooked correctly and thoroughly like meat or fish. It is said that crickets have the flavor similar to shrimp.

“There are likes and dislikes in taste, but this isn’t the case when it comes to insects.” said Takeo Saito, representative of TAKEO, a company which sells mail order edible insect. When he was working at an Italian restaurant, he became interested in the culture of eating locusts and young bees, and realized his desire in establishing insect cuisine in Japan. Even though the practice of eating insects is poplar abroad, the field is still niche in Japan. As long as there is someone in need of insects, Mr. Saito feels “there is value in having this company, even if just small scale for those people.”

In this photo released by mitacampus, Takeo Saito, a manager of TAKEO, is shown. (AP Photo/ mitacampus)

The current state is that edible insects can’t be offered satisfactorily in Japan, compared to other countries with industrialized environment such as exclusive shelf space in supermarkets. Why? Mr. Saito mentioned one reason is that insect food itself is not popular in Japan. When people hear insects for cooking consumption, the image of game show with bizarre challenges and punishments comes to mind. The packaging used for insect food such as pasta and chocolate bars made from cricket powder is young and cool, and people tend to take notice. When TAKEO created an advertising campaign that showed people eating their edible insects, they received some complaints that their ads were too unpleasant. Even if it takes time, “we will inform people about insect cuisine,” Mr. Saito repeats.

We also have to consider the relationship with the farmer. Cultivation technology for crickets has already been established, but there is a challenge in convincing new farmers to start cultivating crickets. It is desirable to use grass fields to cultivate them at a low cost, however, people have a strong connection between insects and harm, especially for farmers. They don’t know much about cricket cultivation, which makes it even more difficult for them to accept. Mr. Saito says that this is one of the challenges to popularizing insects for consumption.

The future of an old yet new insect food in Japan is unknown. Mr. Saito ended by saying; “Nothing can progress from just thinking. The important thing is to take the lead into action. “A future where people consume insects food on a daily basis may not be so far off.