Striker of the Dark

A little-known sport, Goalball has gained recognition, after the Japanese women’s team successfully captured gold medal in the London 2012 Paralympics, stunning fans of Goalball all around the globe. MIURA GENGO and JONATHAN WONG shed light on the sport itself, as well as the challenges its athletes and advocates have to overcome. 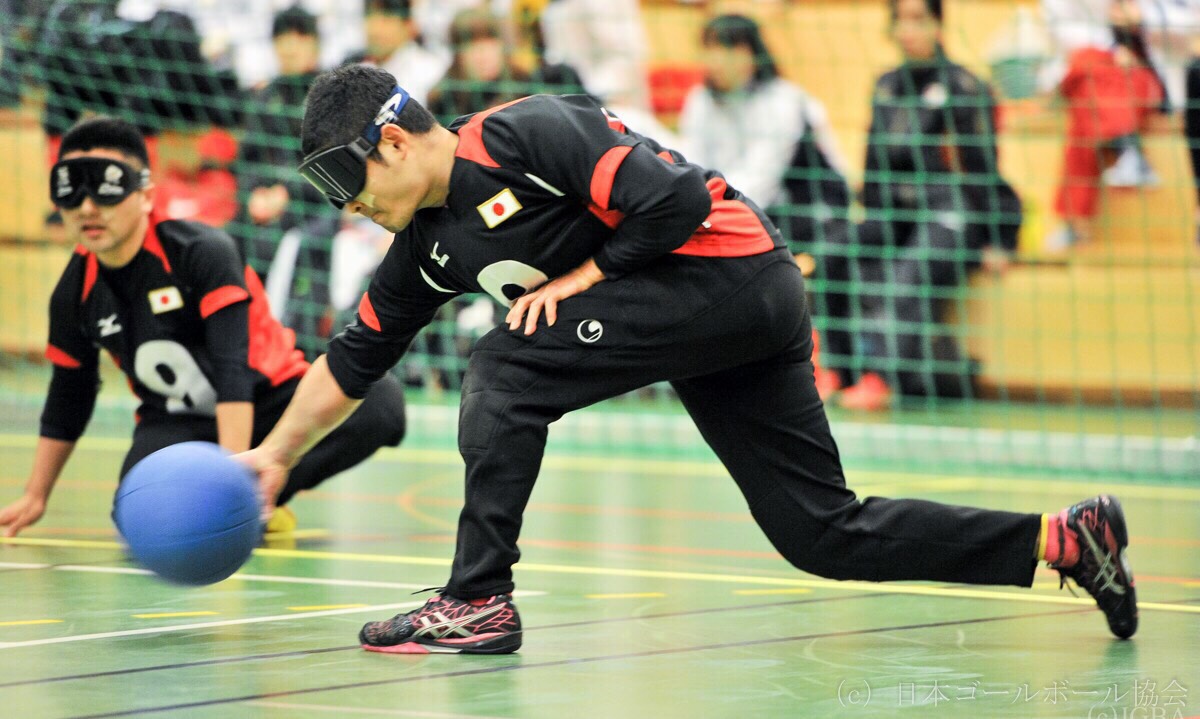 a player bounces the ball towards the opponents’ goal to get it into.
(provided by Japan GoalBall association / taken by Ryo Ichikawa)

Yuta Kawashima, pulled up his eyeshade and listened intently. It was pitch dark, but he could hear even the meekest sound. His sight wasdeprived, yet this does not discourage him from trying to locate the position of the ball.For whenever the ball is tossed, it will make a distinct ringing sound, one that he has been far too acquainted with.

He caught the ball decisively, and bounced it towards the opponent’s post on the far side of the field. Just like football, the only way his team could emerge triumphant was to penetrate through their foe’s defense, and get the ball into the goal. At first glimpse it appeared to be a simple game of throw-and-catch, but Kawashima knew firsthand the hard work he has put in to excel at the sport. With an eye patch hindering your sight, most people could barely walk a straight line; but here he was, locked in a white-hot battle with opponents twice his size.

Beside him two Japanese players were crouching down, tilting towards wherever the noises came from– as if beasts hunting their prey;ready to strike at even the slightest movement. The audiences were cheering and applauding at the level of precision and acuity players have managed to achieve, reaching out to grasp the ball as if it is mere reflexaction, and rarely do they miss the target.

Such is the sport called Goalball, a disabled sport most widely practiced by those with visual impairment. German and Austrian doctors originally created Goalball as a means of rehabilitation for veterans who suffered from damaged eyesight during WWII. It then became one of the Paralympics sports in the 1980 Summer Paralympics in Aachen. In Japan, the sport has been  from around 1992.

Kawashima, being the youngest player in Japan men’s national Goalball team at the age of 21, is part of the effort in raising awareness for this sport. When he was ten years old, he started losing his sight due to a rare syndrome ofPigmentary Retinal Degeneration. No longer able to play baseball at the age of fifteen due to the deteriorating condition, he decided to turn to Goalball instead. His teacher at school, who was also the coach of Japan men’s national Goalball team,made an offer to him to join the team. Kawashima has since devoted himself to training with the Japan GoalBball Association.Completely stripped of his sight, at first Kawashima struggled to control his movement. Yet by receiving instructions on how to position himself and manueuver on the field from his seniors and coaches, he gradually got accustomed to the techniques and regulations. 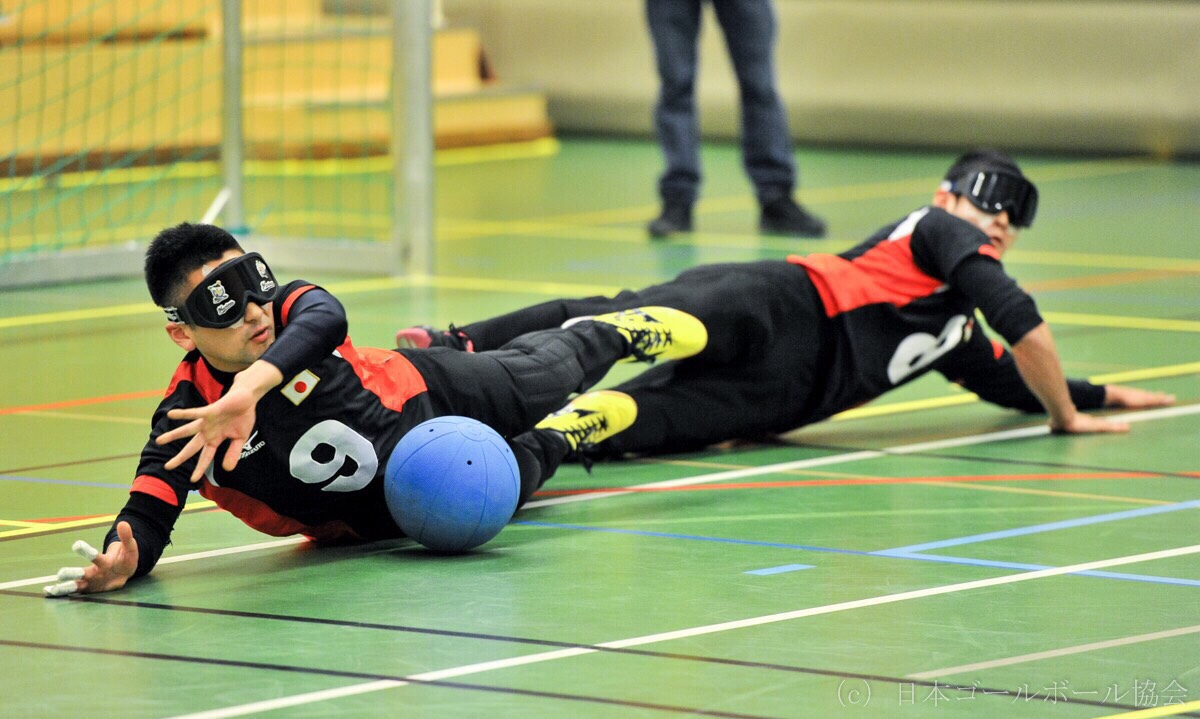 He has now been playing Goalball for five years and he is skilled enough to compete on an international level, competing against teams such as Russia and China.

“It is true that being visually impaired means being less perceptive, but it doesn’t stop you from getting better at this sport.” He said. “Even if you can’t see, with the help of teammate’s and coaches advice, you can always find room for improvement.”

However, when questioned if the popularity of the sport has risen throughout the years,Kazuo Kondo, managing director of Japan Goalball Association, answered promptly, but with an embarrassed smile, ”No, not at all.”

“The problem lies in the fact that normal audience still regards disabled sports as a completely different genre as the ones they normally enjoy,” Kondo explained.  “disabled sports are just not so exciting to watch compared with other competitive sports such as soccer, basketball, tennis. This means that chances for being featured on TV is also limited, as is the platform for reaching out to young viewers.”

Now the Japan men’s national Goalball team, which has never been able to compete in the Paralympic Games, strives to secure its place in the Rio 2016 Summer Paralympics and make its grand debut. Kawashima concluded by saying, “in the not so distant future, I hope that people will realize that goalball, or disabled sports in general are as fun and exciting as the usual sports to watch and appreciate.”

To tell the truth, I myself didn’t know about goalball before I wrote this article. But the more I learned about goalball through the interview with Mr. Kondo and Kawashima, the more I realized it is interestig.  This article will help you take an interest in sports particularly for those who are disabled, leading to the success in the 2020 Summer Paralympics in Tokyo, I hope.

This article is my first attempt at journalistic work since I have came to Japan, and it has given me a chance to glimpse into the inclusiveness and innovation of the country. I am truly amazed that some people would dedicate whole-heartedly to promoting disabled sport, inspiring hope and spreading the unyielding spirit. The Japanese Goalball team has just earned itself a new fan.

What I have found especially valuable is to see the process of multilingual journalism in action. While striving to retain its initial meaning, the translation from Japanese script to English article has posed a great challenge for writing a high quality article. My thanks to Haraga-san who has provided us with her expert advise on the selection of words to help the article remain unbiased and truthful.