A Talk With Ambassador Kennedy 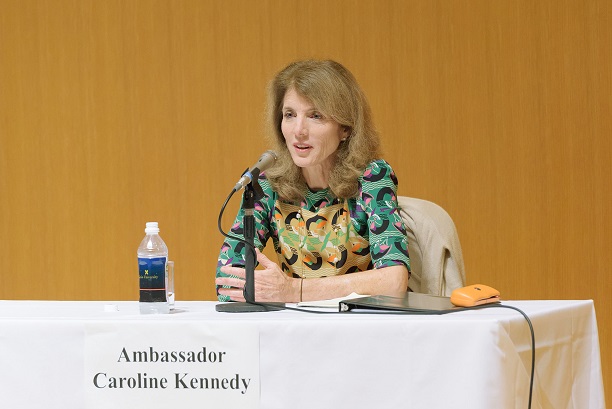 “I can’t believe this is all the students at Keio that want to go to the United States. I think I might have to come back and do a lot more work because we need lots more Japanese students to come to the U.S. to study.”

With a sarcastic joke, Caroline Kennedy, the 29th and first female U.S. ambassador to Japan and daughter of President John F. Kennedy, began her speech on July 6th, 2015 at 11 a.m. at the North Building Hall of Keio University, Mita Campus. This event, “Studying in the U.S. – Dialogue with Ambassador Kennedy,” was a one-hour discussion held for Keio students to cultivate interest in studying abroad in the U.S. .Ms. Kennedy’s speech was followed by a panel discussion with students, one who used to study in the U.S., one who is going to study in the U.S. starting this fall, and one who comes to Keio as an exchange student. An open question-and-answer session with the audience wrapped up the events. 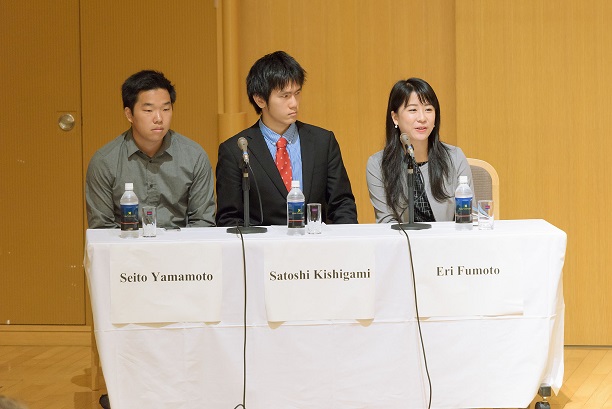 When Prime Minister Abe and President Obama met in Tokyo in April, 2014, they were committed to doubling two-way student exchange by the year 2020. Studying abroad is not only a personal issue but also a national issue and, needless to say, promoting the importance of studying abroad is one way to clearly strengthen their countries’ relationship.

Ambassador Kennedy expressed the importance of studying abroad using the words “becoming a global citizen.” Since all economies are connected and the challenges of the world cannot be solved by any country alone, it is really important for all businesses to think internationally and adopt a global perspective. Simply put, the best way to develop your mind is to study in another country and understand that each country has different ideas and ways of doing things.

Studying abroad leads to become “an ambassador” yourself. When studying in a foreign country, people around you will be interested in your personal values as a Japanese citizen as well as about Japan in general. Being asked about and speaking as a representative of your country as well as yourself gives you the chance to develop and express your own opinions and become more knowledgeable about your own country. 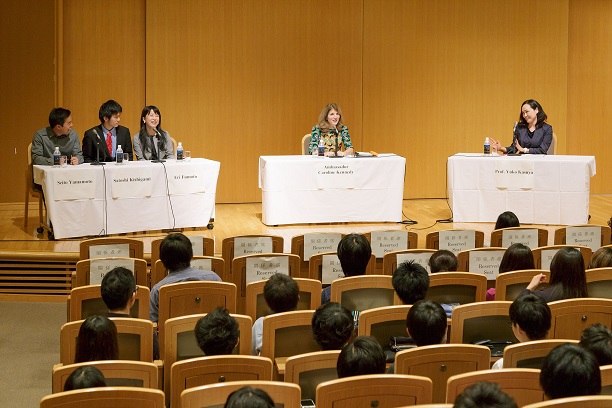 “Studying in the U.S. – Dialogue with Ambassador Kennedy,” held for Keio students to cultivate interest in studying abroad in the U.S. (Susumu Ishito)

“What is your credo, Ambassador Kennedy?” A male student from the audience asked enthusiastically. “I learned the most from people who I admire and tried to understand the values that they thought were important,” she answered. She shared her tips for success and quipped easily with the students, filling the hall with laughter.