The reason we recommend Keio 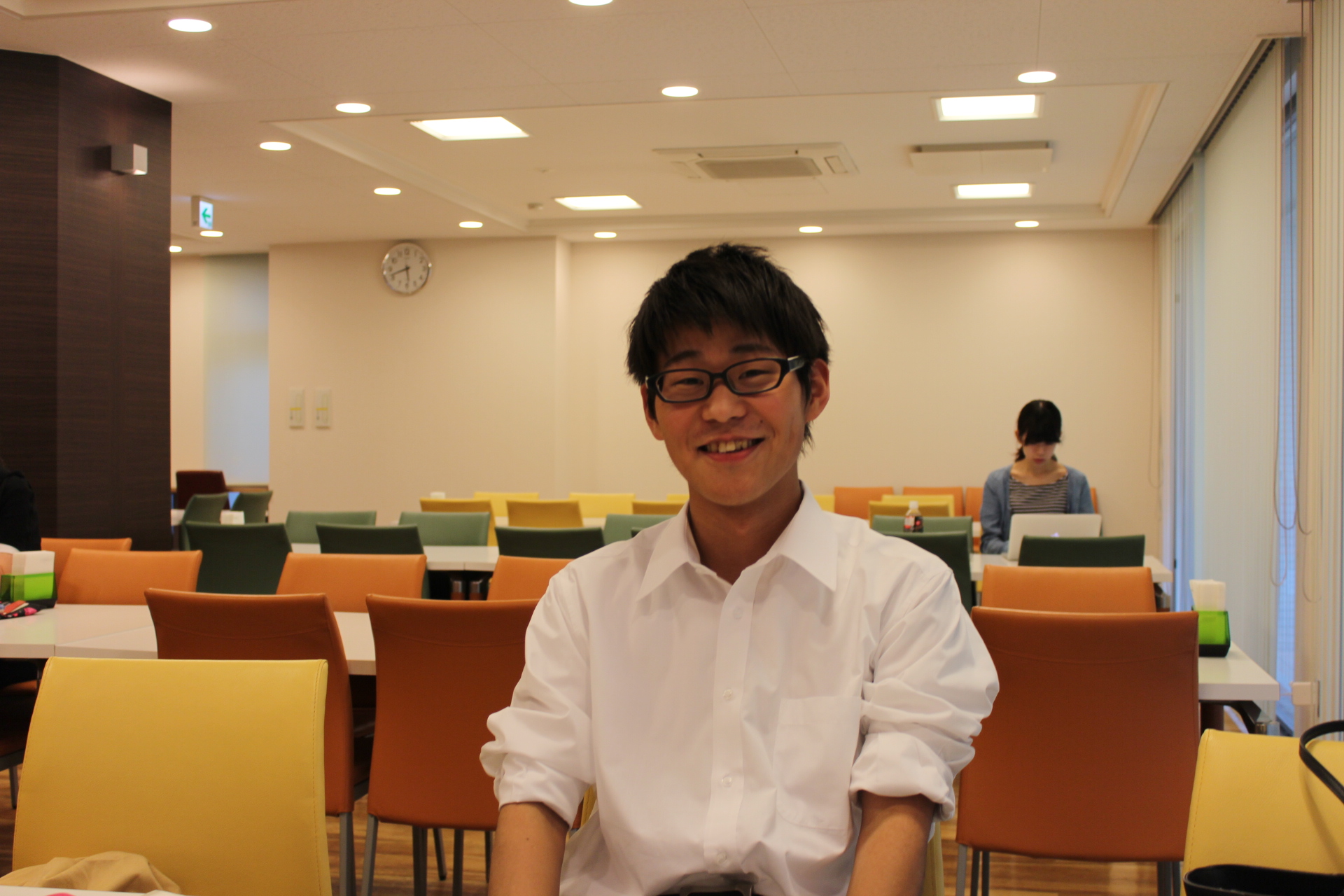 Hyonsuok and Cao are having a pleasant chat

Keio University’s Tsunashima Dormitory was built in 2012. The long white tables and colorful chairs of its spacious dining hall are kept clean. The photographs of the students that are hung on the wall show that this dormitory has been a home to many students.

Mr. Takuro Nakadegawa, who studies at the Graduate School of Science and Technology at Keio University, started to live in Tsunashima Dormitory as a Resident Assistant (RA) since the summer of 2014. In order to be an RA, one has to be a graduate or an undergraduate student of the university and has to pass an interview. The number of RA’s vary depending on the size of a dormitory and there are currently four of them at Tsunashima. The RA’s job is to support international students who have difficulties assimilating to a campus life in Japan.  Understanding different language and culture can be challenging for those who are trying to speak the language. For example, Mr. Nakadegawa held a cherry-blossom viewing picnic to help international students get to know each other. 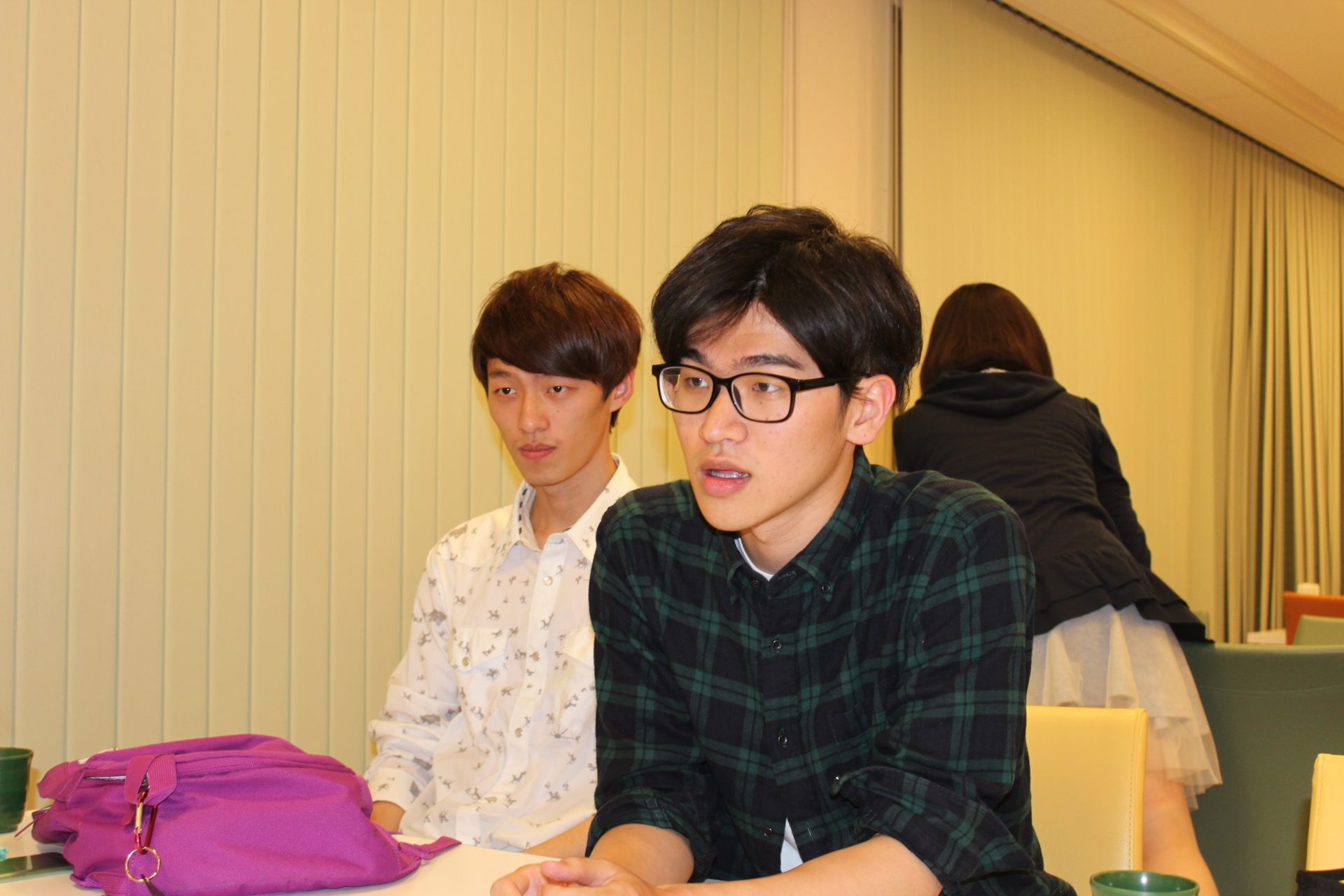 Hyonsuok and Cao are having a pleasant chat

Hyonsuok, a Korean student, is one of the residents. He came to Japan hoping to experience an exciting campus life because he was bored in Korea. However, adjusting to school life was difficult, so he sought the RA for some advice. He also asked about club activities and job hunting because he wants to get a job in Japan.

Support also comes by peers.  “If I were living in an apartment alone, the room would be dark, there would be no one to say hello to when I get home, and I would have to prepare a meal by myself”, Hyonsuok said. Students can enjoy conversations during meals. International students can learn Japanese from Japanese students. Non-English speakers can learn English from students who come from the United States or England.

In April, when international students moved into Tsunashima dormitory, many were anxious about starting a new life in Japan, apart from their families and hometown. Cao was one of them. He joined the welcome Ohanami party, which is a Japanese traditional cherry blossom viewing party, held in April, but he did not enjoy. He couldn’t speak Japanese well, and there was no one he could talk to in Chinese. Later he met Hyonsuok, who he could study with, including studying Japanese. Reflecting upon his first month at Keio University, he said, “The greatest thing that has happened to me since I moved to Japan is having a best friend like Hyonsuok.”

In the freshman year, we can expect a new life which is full of excitement but we also feel anxiety, especially students studying abroad because they have to adapt themselves to totally different culture. I hope this article will lighten the worries of those foreigners who are considering to study in Japan.

Through interviews, I found many intercultural communications in a “dormitory”. It was most impressive that foreign students enjoyed talking on the way to dormitory.  “Dormitory” provides the place of cultural exchanges and rests with many students, and I think it will play more significant role for Keio University to receive more foreign students.