Students Opening Doors to a Global Future: What the Facts Don’t Tell You

Young Japanese are becoming more introverted. This has been a common consensus since the Japanese Ministry of Education and Science released statistics indicating a decline in the number of students both coming and going to study. In the age of globalization when studying abroad is popular, is the decline a sign of Japan’s next generation being an anomaly?

The answer lies in the fact that exchanging cultures does not require going to foreign countries. IIR, a worldwide student-run organization at Keio University, has hosted a two-week exchange program with Stanford for the second time in September at Keio. In this program, 11 Stanford students visited Tokyo, Saitama, and Fukushima and immersed in the cultural, religious, and technological aspects of Japan by visiting places such as Kikkoman, the world’s leading soy sauce manufacturer as well as Honda. In Fukushima, participants visited areas affected by the 9/11 earthquake. IIR members spent over 8 months to prepare for the students two-week visit. 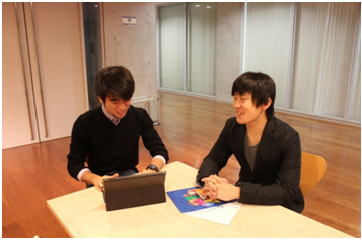 Monda Masanori, a senior in Keio University, was part of the efforts to rebuild the connection between Stanford and Keio. “It’s hard to expect universities to have a relationship. So I wanted to start small.”

Other organizations exist within the school, which create opportunities for students to improve their abilities to communicate with people from different backgrounds and cultures. While they share the mission, they offer a variety of distinct experiences and programs for the students. AIESEC, another worldwide student-run organization, provides members with internship opportunities. Plurilingual Lounge (also known as PLURIO) is a Keio organization which promotes intercultural communication with international students and Japanese students. Members can casually meet up at a common space within the school on weekdays, as well as host a variety of events.

The school is also committed to helping students learn about other cultures. The International Center provides one year exchange programs, with over 100partner universities around the globe, and many kinds of short-term study abroad programs. 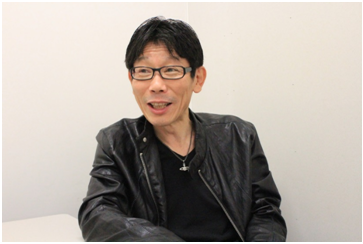 “I hope that students will notice that what is important is not limited to university studies, but also in understanding the local values as well,” says Professor Susumu Tomooka, the director of the center.

The term “globalization” is not the magic wand. There are many things students can do to better understand other cultures.

Recently, the world “globalization” has been a key word when talking about education. Japan is acknowledging that it has to educate its citizens in order to not lose in the global competitive economical race and learning about other cultures is essential. Through the opportunity of interviewing both the student organizations as well as the school, I have come to realized that the way to adapt to the global world is not limited to one. Through this article, I have tried to convey such a message.(Mariko Kiya)