Children enter the teacher’s room with cheerful voices and smiles. Then they begin to speak Spanish and Portuguese. “Mundo de Alegria” in Hamamatsu, Shizuoka, is a school for children from Latin America. The small world here is a mixture of three cultures: Peru, Brazil and Japan. 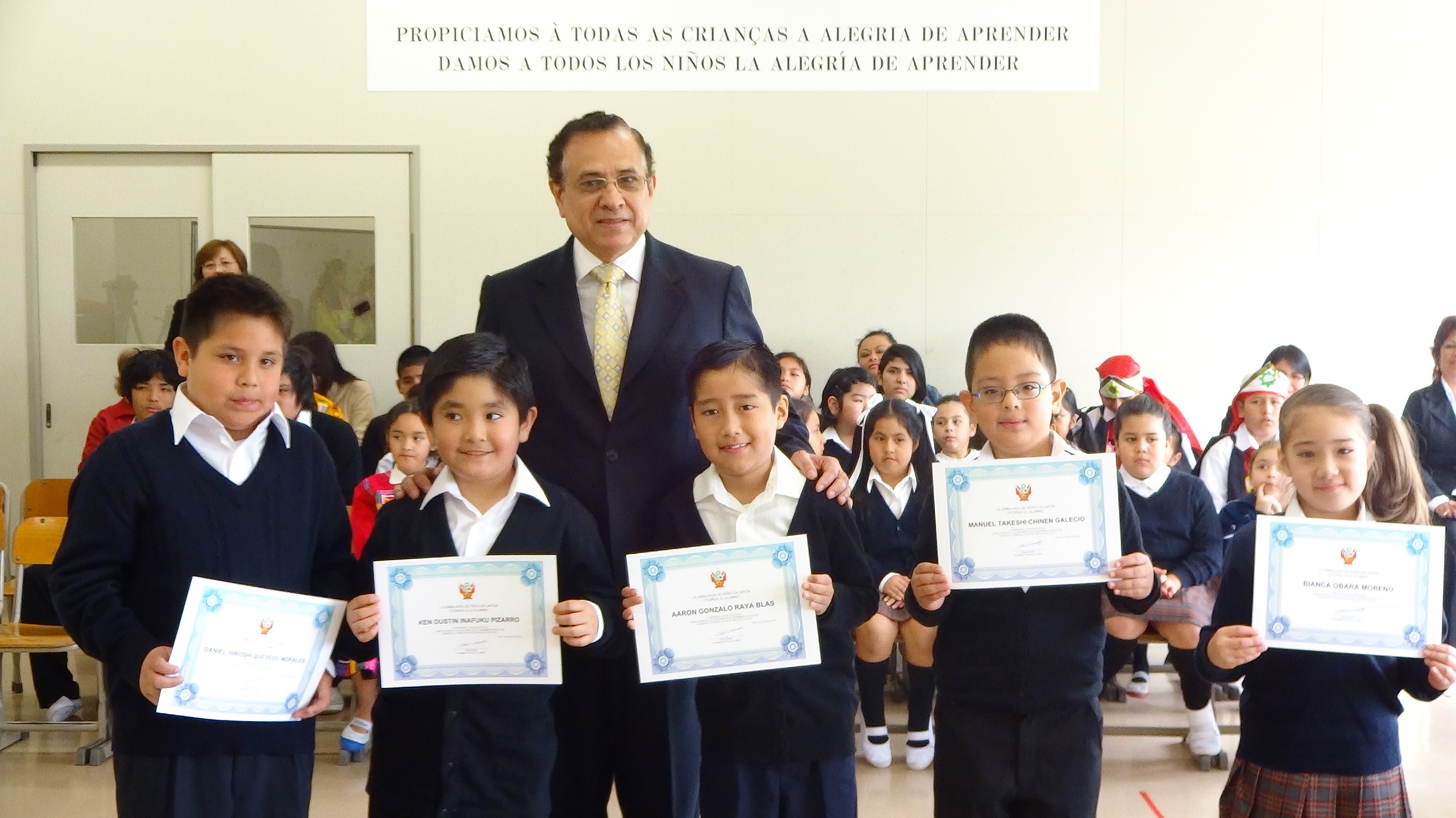 The award ceremony of the scholarship by The Peru ambassador to Japan.

After the burst of the bubble economy, The Japanese government has accepted more Japanese-Latin Americans to compensate for the lack of labor force.        Many of those children, however, are hindered from studying in public schools because of language barriers. In addition, since children can speak Japanese but are not able to speak their native language, parents and children cannot communicate with each other in some families.

Masami Matsumoto, who was running an educational forum for Japanese-Peruvian, responded to plea to provide the education from the Peruvians living in Japan. She founded a school for their children in Hamamatsu and became the Principal.

To enable children to go to school every day, Ms. Matsumoto worked for free in order to cut down the monthly tuition. She borrowed money but debt continued to accumulate.  She was hoping to receive subsidy from the government and worked hard to get an approval. Her school was accredited. However, the subsidy was small. So she finally decided to close the school. During that time, she felt as if she was walking through a dark tunnel. Having heard the news of the closure, companies offered financial assistance. Therefore she could start the school again. But the national subsidy remained small and she struggled.

“The Japanese government should give more support for such schools and NPOs like us,” she said.

“I want to make it clear that I’m always working for the Japanese society.”

Parents will decide whether children go back to their own countries or continue to live in Japan. Many children of Mundo de Algeria haven’t yet decided what to do in the future; some will stay in Japan and become the members of Japanese society.

“Under the Mundo Integration policy, children learn the language, culture, and manners of Japan while learning those of their own countries,” Ms. Matsumoto said.

That way, they should be able to depend on themselves both inside and outside of Japan. The classes are taught in their native languages, but Mundo also provides Japanese style education: children learn Japanese formal greetings, cleaning their classrooms and other facilities including bathrooms. They are not allowed to color their hairs. Some children quit the school because of these strict rules, yet Ms. Matsumoto never intends to change her policy.  Education is not business. If they decide to stay in Japan and they face to prejudice because they are Japanese-Brazilian or Japanese-Peruvian, they can make a good impact on people by knowing how to greet properly. They will end up converting it to a strong point. Through the Mundo Integration, we can understand the philosophy of Ms. Matsumoto who always thinks about the future of children.

Mundo School is tri-cultured: Peruvian, Brazilian and Japanese. In order to respect Japanese culture and understand that of Latin America, people try to be respectful of all and patient with one another. If they can’t reconcile with each other, they give up and move on. They follow the four steps in decision making: understanding, making mutual concessions, being patient and reconciling with each other. Thorough her experiences from Mundo School, Ms. Matsumoto has discovered the key to living in multicultural society.

“I will never lose in this field. I have confidence in my experiences.” 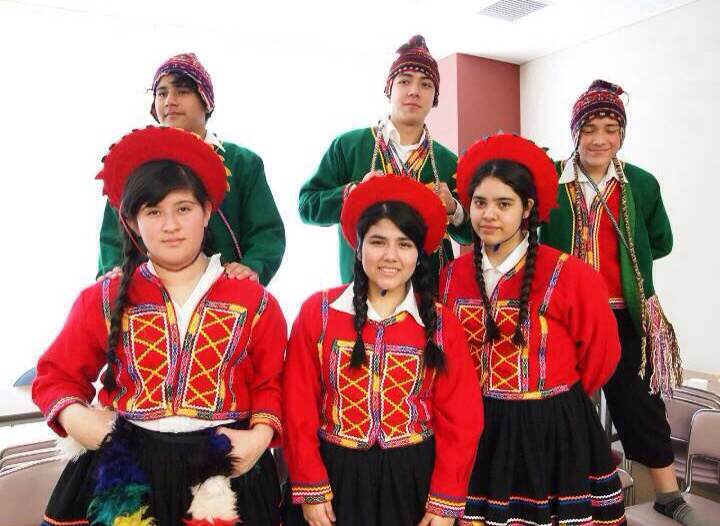 The fair of cooking exchange with foreigner living in Japan.

When I went to Canada to study English, I met a lot of Japanese-Brazilian for the first time in my life. I knew about them only in the history text book till then, so after I had many Japanese-Brazilian friend, suddenly my world changed. They had respects for their Japanese ancestors and also felt senses of closeness. If it didn’t happen to me, I might not write this article.

I would like people to know about Japanese-South American and the fact of their children. This feeling became stronger after I met Ms. Matsumoto, so I could finish to write this article.

When I heard of foreign  school, I could think of only Korean schools. So when I heard about the article of Mund de Alegria, I am firstly astonished at the existence of Japanese-South American school. Their difficulties are also beyond my imagination, I wish I could convey Japanese-South American students feeling and Ms.Matsumo’s passion to readers.