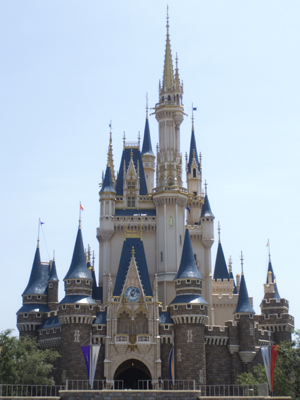 Facebook and other SNS sites, many photographs of young people wearing school uniforms in Disneyland have been posted. This is a spreading phenomenon what we call“Visiting Disneyland in uniforms,” which means that university students go to Disneyland wearing their old high school uniforms . It becomes popular for students to visit Disneyland and have a good time there with their friends.
“Uniforms were once regarded as a symbol of control,” said Tomoko Nanba, Professor of Ochanomizu University who studies the culture and social impact of uniforms. Making students wear uniforms of the same color and the same design creates sense of solidarity. It allows for students to feel a sense of belonging to their schools, while enabling schools to maintain order. Uniforms have a discipline to play in education. In recent years, however, once they graduated from school, more and more young people find new values in uniforms. They no longer regard uniforms as“a symbol of control”. They enjoy wearing their old uniforms to special place like Disneyland. So, why do college students like to do this?

“Wearing old school uniforms means going back to what they were. They feel that they are allowed to do so in Disneyland, a dream land,” Professor Nanba says. Perhaps, old school uniforms remind young people of the fact that they are still very young and bring back their pleasant memories of high school days. They can timetravel by wearing their old uniforms. “Uniforms are also a symbol of the glorified memories,” Professor Nanba says. 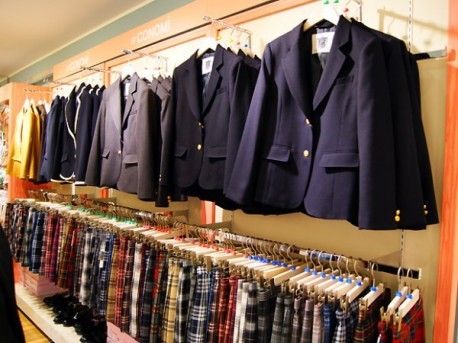 While they imply repression and control, uniforms have positive and special impacts on young people, because only the youth can wear. As a result, it has become a part of youth culture. The phenomenon called “Nanchatte uniform” is widely seen. Nanchatte uniform is a way to express oneself by adding some items to the designated school uniforms. For example, some students wear a pink hoodie under the blazer and other students add a ribbon on uniforms instead of tie outside school. Uniforms help us have a glimpse of the mindset of young people and their sense.

I have been interested in the phenomenon “Visiting Disneyland in Uniforms” for a long time. Researching it enabled me to know not only the phenomenon of itself , but also the meaning uniforms have and the historical transition of them. I appreciate professor Nanba, who accepted our interview willingly. (Seiya Ano)

Because I wore a uniform every day, uniforms were like the normal clothes for me when I was the teenagers. But I realized that the images that people are holding against the uniform are different from person to person. It was a very fresh experience. In addition, I wrote a article for the first time. I became prone to rely on seniors. So I want to make use of the lessons learned from this article. (Arito Otomo)

Through this article, I noticed the importance of uniforms. I haven’t worn uniforms since I graduated from high school, but I will try this summer.(Souchi Cho)